Popsockets are a great example of the potential for consumer technology at mass retail. These are the gadgets that attach to the back of a mobile phone and “pop” out to slide between the user’s fingers and make for easier holding of the device, such as while viewing a video. Coming out of nowhere just a few years ago, they are now a $100 million dollar product.

“They are a product that addresses a specific problem that consumers didn’t know they had,” said Stephen Baker, VP of Industry Analysis for The NPD Group, who presented the latest trends in consumer technology at ECRM’s Consumer Technology EPPS.

One of the keys to the pop socket’s success – in addition to its utility – is that it addresses a built-in, ready-made market –the installed base of 250 million cell phone users.

Indeed, when it comes to mass retail – those food, drug, mass and convenience retailers who don’t necessarily sell TVs, cell phones, tablets and gaming technology – the huge installed bases of each of these items provides ample opportunity for sales of product categories peripheral to them, such as headsets, speakers, cases, chargers, cables, and of course, accessories like the Popsockets.

What’s more, the average selling prices of these items is up; consumers are willing to pay more for them at mass retail. “The number one trend that’s growing the business today is that we’re selling a $15 product case instead of a $10 case, or a $25 power pack instead of a $17 one,” said Baker. “It’s nice to have that middle of mass market people who are willing to spend more because tech products are important to them.”

What’s driving this growth of average selling prices is the disruptive change of technology in general. Things that people haven’t traditionally thought of as tech are becoming high-tech, such as appliances, apparel, footwear, wearables, and automobiles, and this in general is getting more people excited about consumer technology across the board. “This pace of change makes people more interested in technology products, it makes these products more important to people’s lives, it creates a wonderful virtual cycle that lets you charge more and is driving revenue into the marketplace,” said Baker, who is forecasting overall consumer technology sales growth to be up 2.2 percent overall this year.

Following are some key segments for mass retailers to watch:

Mobile Power & Cabling
Mobile charging cable sales are up 10 percent over last year, as consumers are typically buying more than just one. “They have one for the office, one for the home workspace, one for travel, and one for the bedroom,” said Baker. “People are charging their devices at least once during the day.” And with new designs and styles of cables (including those with blinking lights favored with Millennials), people are willing to spend extra on them.

USBC cables are another popular product, and are set to pass micro-USBs in revenue this year. Wireless charging products are a new area of growth, and were a $50 million dollar business last year, with $15 million of that in December alone.

When it comes to mobile charging, consumers on the go want bigger and better battery packs, and this is driving up the average selling price, as well. “Everybody worries about running out of power,” said Baker. “But if you want larger batteries, if you want more reliable batteries, you have to pay for it.”

Mobile Cases
Mobile cases, while slightly down for the year, still provide an opportunity for retailers as the top brands generally range from $17 to $35 each. However, contrary to what many people think, the best time to market these is not when a new phone comes out, but rather during the holidays, says Baker. It’s also important to have a good brand that consumers trust, as this drives up the average selling price.

PC Gaming Accessories
PC Gaming is one of the fastest growing segments in the marketplace, and peripherals aimed at the installed base of PC gamers grew from $130 million four years ago to about $300 million last year, according to Baker. These include keyboards, microphones, handsets, and headsets designed for gaming.

Wireless Headphones
Wireless headphones grew 20 percent in sales every year for the past four years, according to NPD data, and consumers are showing preference for the higher-quality, more expensive versions, with 50 percent more consumers paying $100-plus for them than those that are under-$25. “If you are going to deliver a great sound experience to them, they will pay for it,” said Baker. “Ear pods were a $500 million business last year, up from basically nothing in 2016. This represented 3.5 million units, and 85 percent were from Apple.”

Voice Speakers
Voice recognition speakers are also gaining in popularity, driven by Amazon’s Echo and Google Home, with 15 percent of households having one such unit as of Q4 of last year, including 25 percent of Millennial households. According to Baker, people are using these items to primarily listen to music, but also to get information, news, weather and sports, as well as ordering products from Amazon.

Smart Home Devices
Smart home was a big category last year, representing more than $1.5 billion in sales, according to NPD. Approximately $1 billion was cameras, $200 million in lighting, $150 million in thermostats and controllers, and $100 million in sensors. Plugs grew 190 percent in units and 130 percent in revenue last year, and smart entry grew to over $100 million. “The smart home business is exploding, and we expect it to grow another 30 to 40 percent in 2018,” said Baker.

Indeed, if the Buyers Choice Award winners are any indication, he’s right on target, as both the first place winner and finalist – voted on by retailers during the ECRM/Levin Consulting Innovation Hour at the ECRM session – were both smart home products. Solo Technology Holdings won first place for it’s iKey smart safe, and Rem-Fit was a finalist for its smart pillow.

This pace of new technology development only means that the velocity of product innovation is only going to increase, and will extend into more areas, such as virtual and augmented reality, more smart products, wearables, and – as happened with Popsockets –new and interesting products around consumer technology that address problems we didn’t know we had.

“The bottom line is, the tech business is back,” said Baker. And for mass retailers, who don’t sell PCs, don’t sell phones, and don’t sell TVs, you have to think about what the usage trends are on these items and find products that will make this usage better. Then you are a hero.” 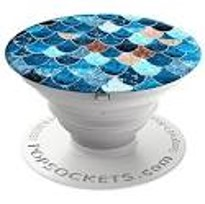