The confections and snacking industry represents nearly $65 billion dollars, $24 billion for candy, across IRI’s measured channels.Consumers love to indulge and treating with candy is among their passions.

During ECRM's Candy Planning: Everday & Summer Seasonal EPPS, to be held August 13 to 17 in Orlando, Larry Levin, EVP of Consumer & Shopper Marketing for IRI will discuss the state of the US confectionery market as well as identify key trends around personalizing the consumer experience and the evolving importance of e-commerce platform that manufacturers can exploit for deeper household penetration.
About Larry Levin
Larry Levin has spent his entire career in market research, leading engagements for many of the world’s largest manufacturers and retailers including Pepsi, Coke, Lexus, Porsche, Nissan, Infiniti, Starbucks, Audi, Microsoft, and Disney, just to name a few. The first three decades of his career were spent at Synovate (formerly Market Facts), where he held a number of positions, including head of Global Automotive, executive director of International New Business Development and leader of two global conferences—one in Beijing and one in Cairo.

Following his tenure at Synovate, Levin joined TNS as head of its Consumer Sector. He was quickly elevated to president of Client Services and Relations, where he and Bob Tomei, current president of IRI’s Consumer & Shopper Marketing, co-led its North American business.

In February 2010, Levin joined IRI to lead its Survey Solutions group and was then promoted to run its overall Consumer Insights business.He also led IRI’s Business Development – New Solutions until he was named executive vice president of Consumer & Shopper Marketing in 2016.

Levin is a frequent speaker at a number of industry events, including Shopper Marketing, HOP—State of Mass Beauty, FMI, New Products Innovation, NFRA and CSPA and has been a guest on Bloomberg Television’s Surveillance program as well as quoted in numerous periodicals. 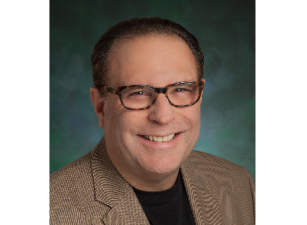