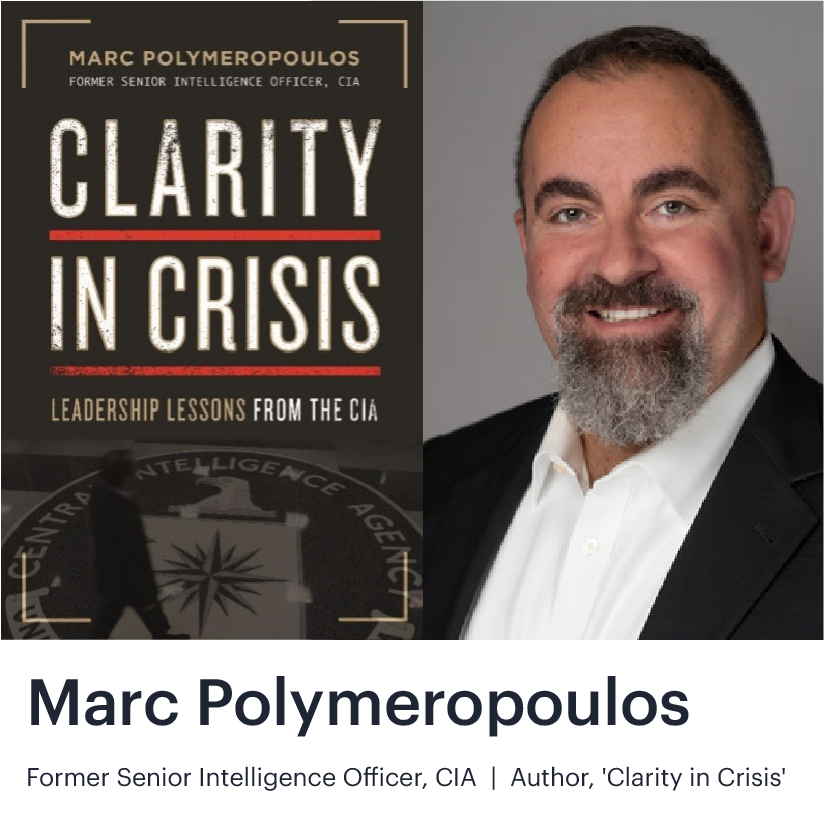 In business, a failure of leadership can cost sales or marketshare, but on the front lines of the most dangerous places in the world, it can cost lives. Marc Polymeropoulos, a former Senior Intelligence Official with the CIA who spent many of his 26 years with the agency leading case officers in places like Iraq and Afghanistan, know this all to well.

As one of CIA’s most highly-decorated field officers, he’s no stranger to leading through adversity, and his new book, “Clarity in Crisis: Lessons in Leadership from the CIA,” is a culmination of learnings from throughout his career on the front lines.

The book outlines his leadership philosophy, distilled into nine key principles picked up in the field as he and his teams recruited agents and pursued high-value targets plotting against U.S. and allied interests. I had the honor of speaking with Polymeropoulos about several of these leadership principles, and how they can be applied in our business (see full video interview below).

The book’s title itself, sets the tone of the principles that follow. “Clarity in Crisis is a pretty simple concept, and it's certainly applied to my life in the CIA,” says Polymeropoulos. “It's the idea that you're comfortable in the gray, that when there's times of ambiguity, that's your happy place. And so, when there's a crisis, you are comfortable operating in that. I'll never forget at 9/11 watching policemen and firefighters running into the World Trade Center. And there's something to be said that when there's some kind of danger, where there's crisis, a lack of situational awareness, your training kicks in, and you just do things, you embrace less than ideal conditions with no fear.”

Underlying his nine principles of leadership are four key fundamentals. According to Polymeropoulos, great leadership is the art of willing those around you to conduct activities that are:

While Polymeropoulos’ book outlines nine principles of leadership, during the interview we drilled down on three in particular, each the title of a chapter: The Glue Guy, Win an Oscar and Be a People Developer.

The Glue Guy (or Gal)
This one really resonated with me personally because there are a ton of ECRM team members who fit this role. The Glue Guys and Gals are the indispensable support people who operate behind the scenes, who keep everything together but often don’t share in the limelight of the big wins. Think of a nurse in the ER operating room assisting with a life-saving surgery. They are key to the operation’s success, but typically it’s the surgeon who gets the recognition.

At ECRM, it’s our Client Success Managers, Tech Support Staff, Scheduling Teams and Operations folks who fit this role – they are the “glue” that helps the company provide a great experience for our session participants. I may be out there sharing all of the wins on our blog and social media, but none of these wins would happen if it wasn’t for these teammates.

For leaders, it’s important to regularly celebrate these valuable team members. “So often, we have superstars,” says Polymeropoulis. “I was a CIA operations officer. That means I'm on the tip of the spear. I go out, I will meet an agent, collect valuable intelligence. Maybe I'm working with special operations command. We're tracking a high-value target, and we grab someone off the street who's going to kill Americans. And so I get all the kudos, or maybe that the Navy Seal team. But you know what? What about the support people behind the scenes who got us there, who drove us there, who flew us there, who prepped all the equipment? So the key on this is when you have success, you have to celebrate those people.”

One of the main characteristics of these team members is selflessness. They are typically not Type-A personalities, prefer operating in the background, and are big believers of comradery and teamwork, not caring who gets the credit, which is why it’s important to give them kudos publicly.

Following one particularly successful mission in which his team captured a high-value target, Polymeropoulis did just that, by inviting the cooks to join him and the special ops team in the debriefing, to let them know how important they are to these missions.

“I brought them in, and I said hey, I want to make sure that you two are celebrated here because we just kicked some ass,” he says. “The entire free world knows what we did, but if you don't feed us every day, my guys and gals can't go out on patrol, or we can't go meet agents or do the things we have to do. None of this happens. So, you know what? We're getting a lot of praise back home, but I want to make sure that you two understand the role you have."

Win an Oscar
As leaders set the tone for their teams, they are always being watched by their subordinates, so it’s important to always have a calm, clear head, particularly in times of adversity – something we’ve all experienced over the past year with the pandemic.

Polymeropoulos came up with this principle based on failure. Following a grueling, 36-hour patrol with special operations teams, he arrived back at the base exhausted and wanted some time alone. Typically he’d eat dinner with the teams, but this time he sat alone at a table on his own.

“It was like the world ended,” says Polymeropoulis. “Now, these are the toughest people on the planet, but they're like, ‘What's wrong with Marc? Is he mad at us?’ I thought about it, and I realized that since they didn’t know why I chose to sit alone, they assumed it was something they did. So I called an all-hands around the fire pit at night, and I explained that I just needed a break.”

Winning an Oscar also means having the capability of displaying confidence in your team during times of adversity, when conditions may be less than perfect.

“We had an operation happening while I was back home in the United States,” says Polymeropoulos. “They were poised to capture a high-value target, and back in the CIA operation center, someone came to me and said, ‘Hey, it's a little messy right now. Our overhead, our ISR, our satellites, we don't have a clear picture on what's happening, and the senior leadership at CIA really isn't sure what to do right now.'”

When they asked Polymeropoulos what he thought, he said it was 100 percent a go, even though they thought it could be a career ending mistake. However, he had complete confidence in his team’s abilities, and needed to show it. "I know my team on the ground. They're well-trained. They followed all the processes that we're supposed to go through. I know even though the people at headquarters thought it was a lack of situational awareness, I was good with it."

The operation was a success, and it was the aura of leadership that he put forward that gave his team the confidence to move forward in a time of ambiguity and win that day.

Be a People Developer
One of the most important jobs of being a leader is grooming the next generation of leadership, or to “be a people developer,” as Polymeropoulos refers to it in his book. “I think about my career and what I accomplished, and I have a glass case in my basement with all these fancy metals,” he says. “Sure, I had a very successful career as an operations officer. But what am I really going to be remembered for? And that's why I developed those under me, the next generation, to pass the torch. I really took that to heart.”

In addition to providing regular mentorship to his teams, he also provided the opportunity to get real life leadership experience – before actually becoming leaders – by making them the “acting chief” on occasion. He would actually give them full decision-making authority of select projects or areas for a limited time.

For example, when he would leave the base, he would occasionally give one of his ranking officers the chance to lead the entire base, and during the time he was gone, they were to make every decision.

“This is important, even if they occasionally screwed up a little bit, because when times are tough later down the line, they have some experience already, and the confidence to lead,” says Polymeropoulos. “It all goes back to being able to operate in that period of gray, and this will work for the private sector, as well.”

Humility
For those aspiring to leadership positions in the future, one piece of advice he wants to leave the with is the importance of humility, particularly the ability to learn from your mistakes in order to grow as a leader. Because as a leader, you will make a lot of mistakes.

“I got kicked in the face a lot, and I think all great leaders do, all great entrepreneurs do,” says Polymeropoulos. “You're never going to have times where everything is great all the time. And you can't take it personally. You just learn from that criticism and go forward, but you can't look at it that way unless you're humble and you're willing to accept other people's critiques for it.” 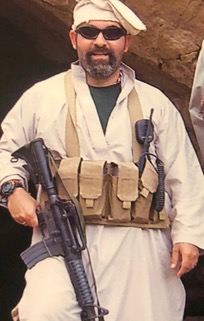 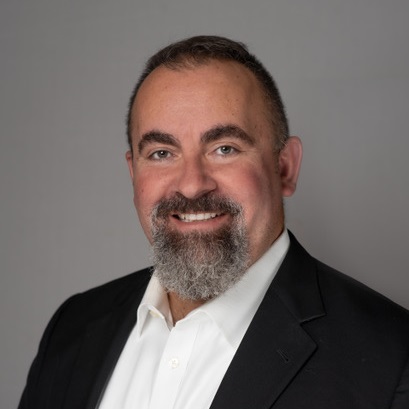