For many emerging brands, expanding into big box retail can be a bit intimidating, especially for those that are used to the speed and informality of working with independent retailers. But while working with large retail chains may require brands to be a bit more buttoned up, more technology-savvy – and a LOT more patient – the rewards in doing so can be huge.

This was the case for Ahmad Rifaie, Sales & Marketing VP at Savia USA, which makes healthy beverages that are distributed in more than 40 countries. The company pioneered aloe vera drinks when it launched in the early 2000s and has added several additional lines of products since then, including coconut juice/water, fruit drinks, tea, and ginseng beverages – creating a portfolio of beverage products that sit well together on the shelf, and that it will be showcasing at ECRM’s 2021 Global Market: Food & Beverage (see full video interview with Rifaie below).

For years since its launch, the brand was primarily distributed in the natural and independent channels, and while some of these indie distributors were quite large, the relationships were relatively informal. “It’s like you are dealing with an uncle or relative of some sort, because they will call you at eight o’ clock at night and send you an order,” says Rifaie. “Or they will shoot you a text on a Saturday or Sunday, so I had my phone one me 24/7 to accommodate them. They also made decisions quickly. From the day you meet them, you can agree on pricing and everything within a couple of days and they will pull an order by the end of the week.”

Working with big box retailers is a different world, says Rifaie, and he learned that quickly when he started working with the biggest of the big boxes: Walmart. It started with a call that came out of the blue from a Walmart buyer, saying that they hand-picked their brand and wanted to discuss pricing. Following a lot of back-and-forth, as well as an implementation of EDI to accommodate the retailer, they are now in 1,800 stores.

“It takes a long time to get going with these big retailers,” says Rifaie. “We needed to take a crash course on using EDI, and we had to get a little more buttoned up. But once they are ready to take off, you better buckle your seatbelt because it’s just nuts. We were used to independents ordering three or four pallets at a time, and these giants can just clean out our warehouse. It really pushed us in the right direction toward growth.”

Connecting with big box buyers via RangeMe & ECRM
It also gave Rifaie the confidence and drive to pursue other big box chains. So he set out on a mission to get on more shelves. Only one problem: he didn’t know where to start. “We had no experience in how to get into the large chains,” he says. “In the case of Walmart, they called us. But we needed to learn how to connect with other retail buyers.”

During his research, Rifaie came across RangeMe through a link on one of its enterprise retail partners, then created a profile for his brand, including all of the relevant information and product images. Within a day he noticed that a buyer from Publix checked out his profile, which convinced him to take things to the next level and get verified, which would boost his visibility even more.

RangeMe Verification lets retail buyers on the platform know that a brand has met specific criteria to do business at retail such as UPC codes on all products and that the company has insurance. Once Rifaie submitted all the required documentation, Savia USA was validated by the RangeMe team and earned its RangeMe Verified badge within two weeks.

“That really boosted our momentum on the platform, and we started seeing that all of these major retailers were checking out our profile,” says Rifaie. “We also started getting a lot of sample requests.”

At the same time, he connected with ECRM and learned of the opportunities for connecting directly with retail buyers via its category-specific programs and signed up for the beverage program in July. When COVID hit the U.S. and restricted travel, all of the programs were switched to virtual and ECRM also launched a series of Efficient Supplier Introductions, category-specific virtual meetings in which suppliers had the opportunity to pitch to a panel of up to 20 buyers. Rifaie decided to sign up for the June Beverage ESI as well, particularly since he saw Aldi was a participant, as that was a retailer with which he really wanted to do business.

ECRM’s ESI’s are category-specific pitch presentations in which suppliers take turns presenting to a panel of up to 20 buyers, followed by a Q&A that is moderated by an ECRM Client Success Manager. During the ESI Rifaie showcased his aloe and coconut milk drinks to the panel, and since it was held on a Friday, the following Monday he sent out his follow up emails. 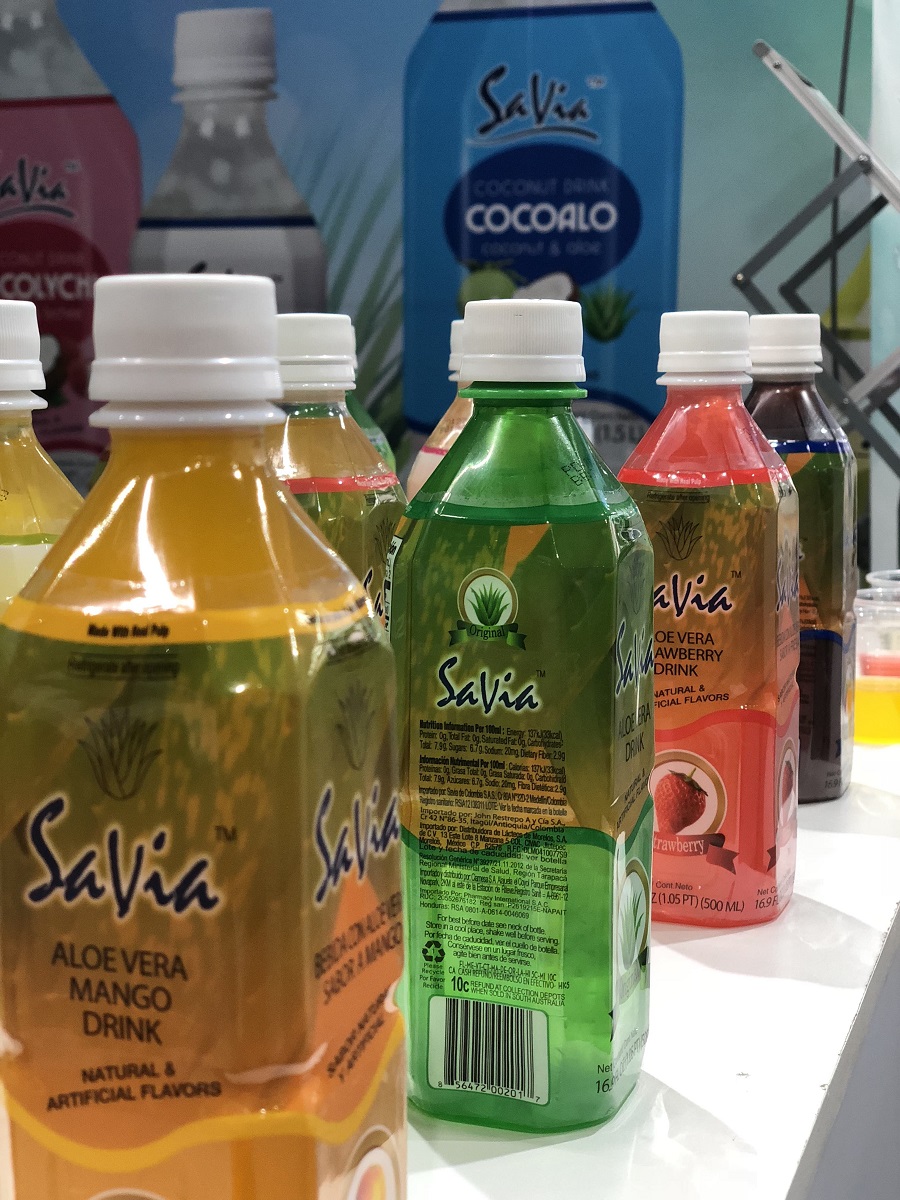 Back-to-back retail wins: Aldi and BJ’s
As luck would have it, the buyer from Aldi immediately responded and, as with Walmart, there were many rounds of sample requests. “This is where dealing with the big box retailers is definitely a different experience than working with the independents,” said Rifaie. “For nearly three months following the June ESI, we were emailing back and forth and sending samples. By the time they had their final review, I must have sent three or four cases of samples, and to be honest, I was very happy to do that. Finally, by October, we got the call that we were in. We hit the shelves by the end of December.”

During the time Rifaie was shutting samples to various Aldi buyers, he was also gearing up for ECRM’s Beverage and Ethnic & Multicultural Foods Programs, which were being held on the same week in July and during which he would participate in highly-curated face-to-face virtual meetings with 43 buyers. The ESI was a good dry run, and helped shake the butterflies loose. He worked closely with the ECRM Client Success Managers to optimize his profile on the prep site and studied the information it contained on the category needs and objectives for each buyer with whom he was to meet.

Based on this information, he prepared a slide deck and practiced his delivery, keeping in mind the unique needs of each buyer, and how he would adjust his pitch accordingly. The plan was to review his products and leave some time for Q&A during his 10-minute meetings.

“We were showcasing six product lines, so I quickly learned to adapt my pitch to cover everything in an efficient manner and still leave some time for questions, without talking too fast, of course” says Rifaie. “A few meetings in, I caught my stride, and it was smooth sailing. I even completed one pitch in four minutes.”

He used all of the tools at his disposal, including the notes, meeting rankings, and presentation tools for sharing his slides, and he had three product images loaded up into the ECRM Connect platform as well for the buyers to view during his presentation. Immediately following the programs, he reached out to the buyers using the ECRM follow up tools. When several buyers responded, he learned another valuable lesson in dealing with big box retailers: sometimes you just gotta have patience, especially during the holiday season.

“When you get into the holiday season, it gets pretty crazy for big box buyers, and following the program we were getting ready to step into the holiday season” says Rifaie. “I noticed that while all of the buyers were interested, they asked me to reach out to them the end of December or the first week of January.”

He did just that, and one of those retailers, BJ’s Wholesale, is launching with Savia USA this month.

Virtual is the way of the future
What’s interesting to note was that Savia USA’s entry into box box retail was done completely without any in-person face-to-face meetings. Walmart was sold via phone and email, and Aldi and BJ’s via ECRM virtual programs. And while Rifaie loves in-person meetings, he realizes that virtual will be an inevitable part of business moving forward.

“While the pandemic is unfortunate, it really forced us to adapt and embrace the power of the internet,” he says. “Nowadays with technology and the ease of shipping samples, it’s a fantastic way to meet people and network. Ten years from now, we’re all going to be doing business virtually.”

To learn more about ECRM's Global Market: Food & Beverage, click here or connect with me below! 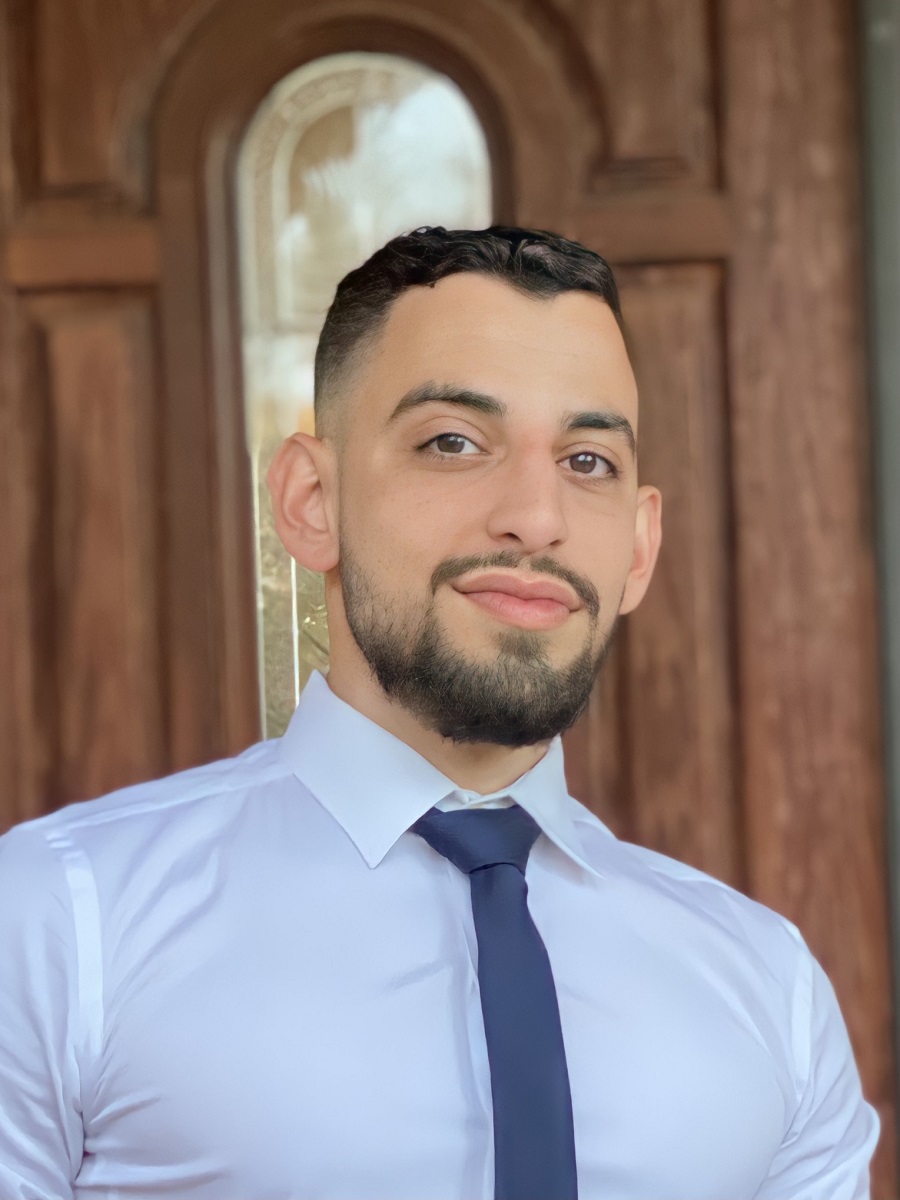 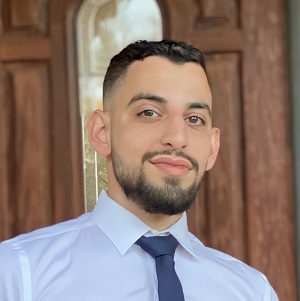