The Convenience Program took place January 25-28, during which one-one virtual meetings were hosted between 52 retailers and 86 supplier companies. Conversations were focused on future business, strengthening existing relationships and looking for new and innovative products. During the Program, participating buyers were able to visit the Buyers Choice Awards section of the ECRM Connect platform and cast a digital vote on their favorite product based on innovation and product packaging. We are pleased to announce the winners:

The history of Morinaga stretches back over a century when company founder Taichiro Morinaga brought his candy making skills to Japan from America in the 1800s. HI-CHEW has long been the best-selling soft candy in Japan and continues to see year-over-year growth throughout other parts of Asia and in the United States. In the United States, HI-CHEW is currently offered in the following flavors: Strawberry, Green Apple, Mango, Grape, Banana, Kiwi, Açaí, and Sweet & Sour Watermelon. HI-CHEW also offers a Tropical Mix with Kiwi, Mango, and Pineapple, a Superfruit Mix with Açaí, Kiwi and Dragon Fruit, a Sweet & Sour Mix with Grapefruit, Lemon and Watermelon, a Fruit Combos Mix with Tropical Smoothie and Piña Colada and a Soda Pop Mix with Cola and Ramune. They are made with concentrated fruit juices and is free of gluten, and synthetic colors.

With the growing demand for berry flavors, HI-CHEW is introducing three new offerings within the Berry Mix package: Black Cherry, Raspberry and Blueberry, and is offered in a 3.17oz (90g) peg bag.

Hailing from sunny SoCal, Baja Jerky aims to bring consumers the most flavorful beef jerky tthey've ever bitten into. At Baja Jerky, life is their passion. Many of its staff are explorers, adventurers, and family that believe in shattering limits and reaching new heights. Baja Jerky was created because they needed a snack that could keep up. The jerky was developed to be tender without being loaded with sugar and sodium like many meat snacks. The company also minimally processes its jerky by carefully crafting each bite without added hormones, nitrates, nitrites, gluten, preservatives, or MSG.

The Salsa Fresca jerky is continuously a customer favorite and top seller, according to the company, and includes notes of cilantro, onion, and tomato for a fresh salsa taste. It has 10 grams of protein and only 3 grams of sugar, for guilt-free snacking anytime! 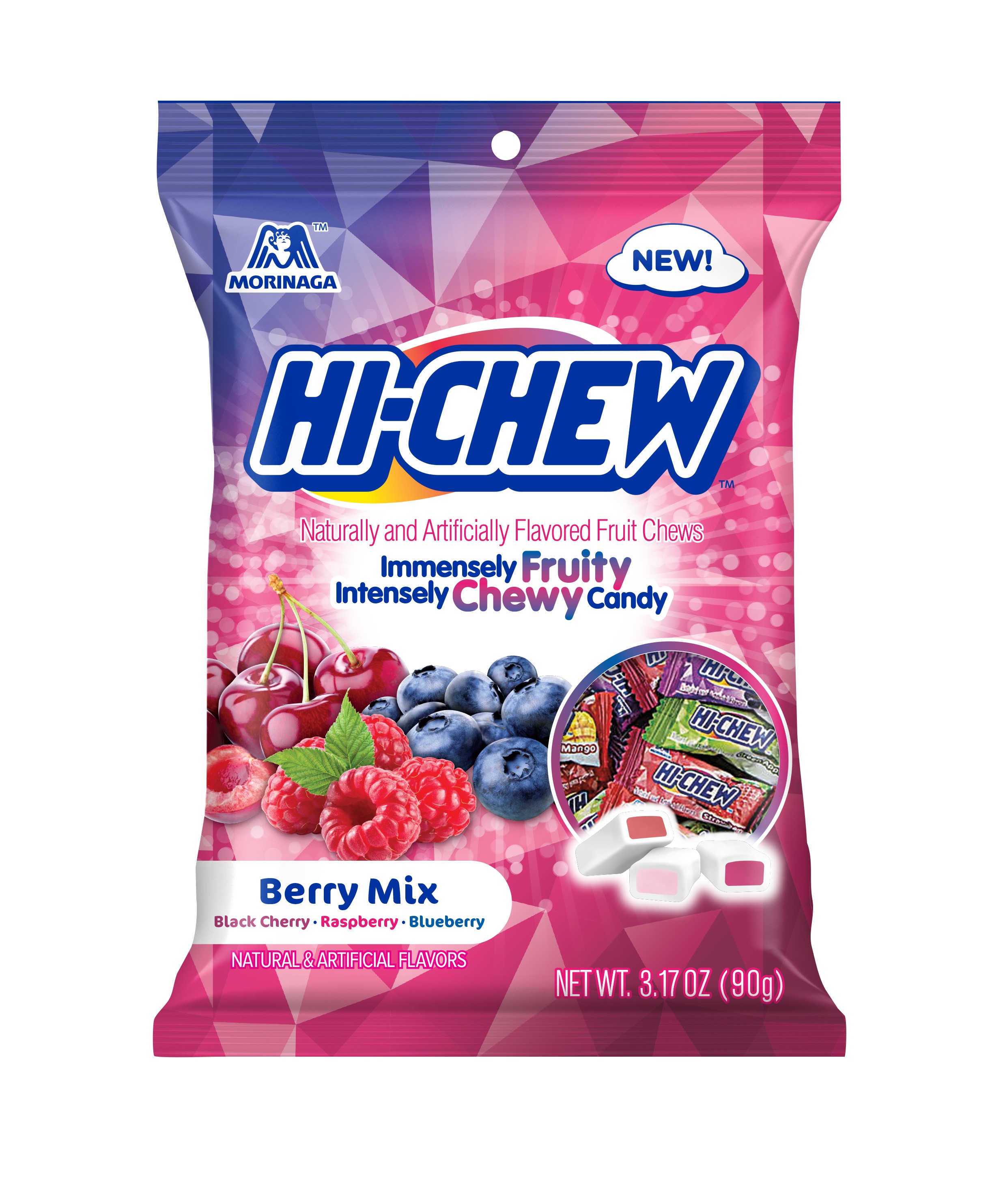 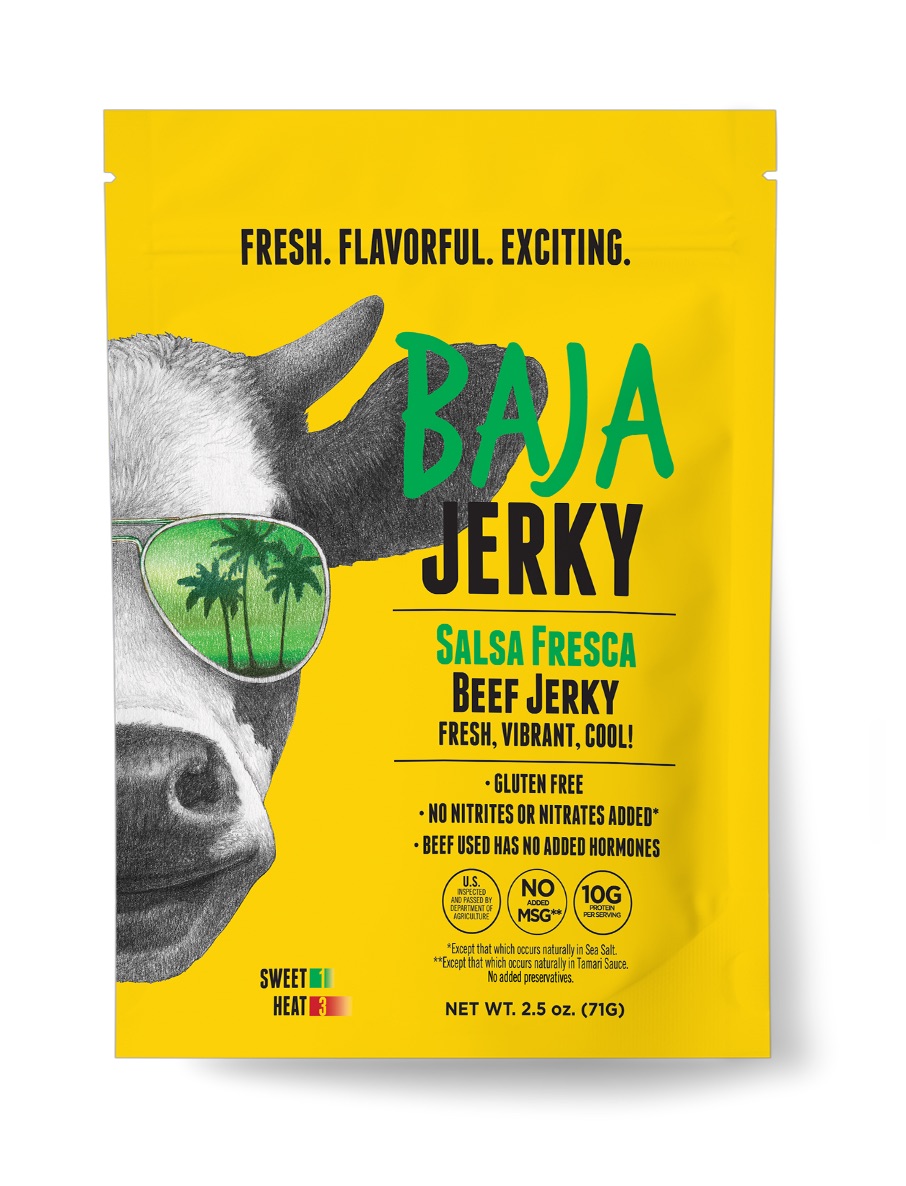 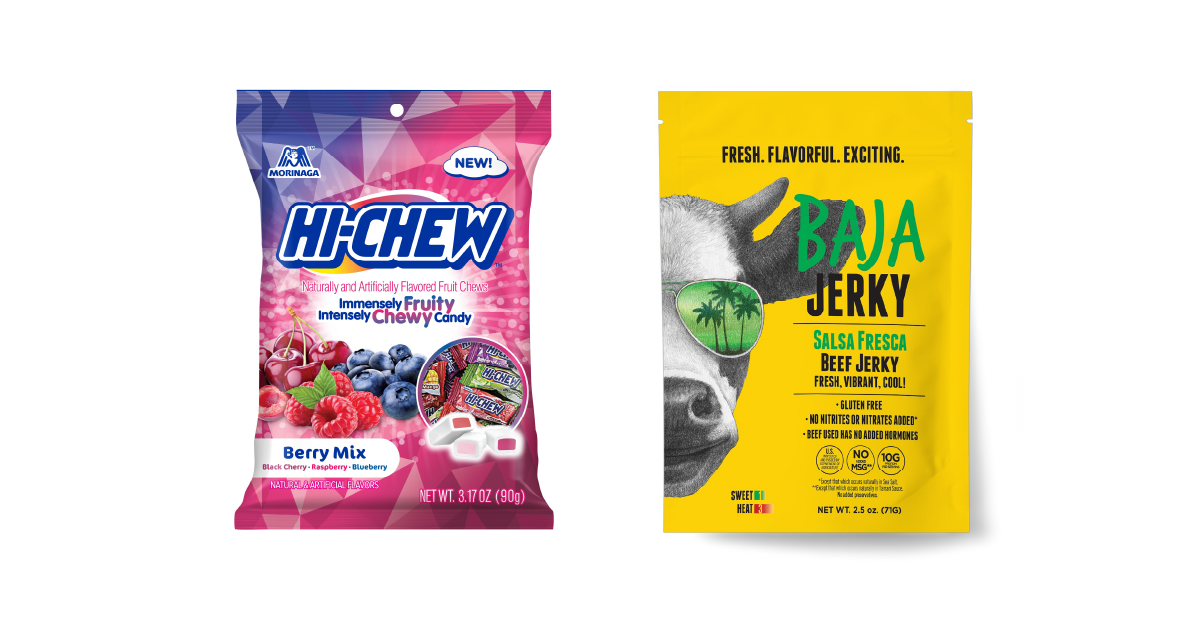