You could say that Alina Morse grew up in the candy business – and at ECRM sessions. She’s the 15-year-old Founder & CEO of Zolli Candy, a company that makes sugar-free candy that is actually good for your teeth, and has been participating in ECRM Candy sessions since the company launched five years ago.

And she’s the real deal. Each year we’ve seen her meeting with buyers, networking with other participants, and getting business done. A lot of business. Indeed, Zolli Candy is one of the fastest-growing companies in the sugar-free segment with a three-year growth rate that’s just under 700 percent, and is in 25,000 stores worldwide – with many of these retail relationships having originated in their sharply-set up meeting rooms at ECRM sessions. (ECRM hosts five Candy Planning sessions each year, and its Halloween Candy Virtual Session will be held in December.)

The origin of Zolli Candy occurred during a trip to the bank Morse made with her father several years ago. “The bank teller offered me a lollipop, and my dad told me that I shouldn’t have candy because it was bad for my teeth,” she says. “So I asked him, why can’t we make a healthy lollipop that’s actually good for my teeth?”

After two years of research, plant trials and lots of taste-testing, Zolli Candy was born. The first product was Zolli Pops, which were lollipops that used Erythritol and other natural ingredients that actually help to clean teeth as they are consumed. They then used the same technology to expand into Zolli Drops, Zaffi Taffy and Zolli Caramels, and will soon be releasing peanut butter cups and an an array of tropical flavors.

The timing of the launch probably couldn’t have been better, with the wellness trend becoming increasingly popular over the past decade, particularly among younger generations. “Healthier, free-from foods have been trending for the past eight to 10 years, and we see our main consumer being the Millennial mom,” says Morse. “Zolli Candy is diabetic-friendly, and fits into the and keto diet, which is a very prominent lifestyle in that age group."

LISTEN TO THE FULL PODCAST INTERVIEW (YOUTUBE VIDEO BELOW)

Plus, with the pandemic, people are thinking about their health more than ever now," she adds. "They want to take better care of themselves and eat healthier. So we developed candy that lets you feel like you are treating yourself, but there’s no guilt after the fact.” (Indeed, the keto trend is so big now that ECRM’s Keto Food & Beverage Virtual Session launches next week.)

'In-the-Trenches' Education
These are certainly some of the talking points Morse has highlighted in her meetings with buyers over the years at ECRM sessions, and the hundreds of meetings she has had over that time has helped her hone her skills as an entrepreneur and salesperson, particularly when it comes to creating a mutually-beneficial solution for both parties.

“Doing the ECRM sessions has definitely contributed to my entrepreneurial skills,” says Morse. “For one thing, you are put into the time-pressure situation where you are forced to be on the ball, to be direct in your message but also to be aware of their body language and how they are reacting to what you are saying. You have to find ways to quickly cater to what they are thinking and what will work for them. Plus, you really learn how to network outside of the meetings as well and build those relationships. You learn to adapt pretty quickly.”

All important skills to have for a segment that can be pretty challenging. Sugar-free can most positively be considered the “little cousin” of the candy category, and is dwarfed by the hundreds of SKUs of traditional sweets in the candy aisle. Because of this, she’s become adept at finding unique ways of working with each retailer and demonstrating that they can be a sales driver in the sugar-free segment.

Buyer Meetings
Morse generally opens up her buyer meetings with some questions that get them thinking of the benefits of their sugar-free offerings, then reviews some of the tremendous press the brand has received over the years (she’s been on the cover of Entrepreneur magazine, and interviewed on several TV shows, as well).

Then it’s on to an exploration of how they can work together on a solution that’s right for the buyer’s stores. “We’ll have them look at the different configurations that we offer, and potential placements within their stores. This could be in the sugar-free set, a good-for-you set, or even in the toothbrush aisle. We look for placements and configurations that can drive the most interest and sales, which could range from a standing display, to an endcap wing, or peg bags at the front end. We’ll also offer limited editions and exclusives – anything that will work best for them.”

This can result in some interesting collaborations, such as a narrow bag they developed with the footprint of toothbrush packaging for placement of Zolli pops in the oral care aisle next to the toothbrushes. “We want to build good partnerships,” says Morse. “Even if it’s a little extra work to create something new, it’s worth it in the long run.”

This year, however, her face-to-face discussions were virtual, held on the ECRM Connect platform. With all of the industry trade events shuttered since March, Morse used the time to work on product development to have some new offerings to discuss at ECRM’s Candy Planning: Every Day & Sumer Seasonal Virtual Session in August.

For Morse, the ECRM Connect virtual platform was a snap; not just because she is a digitally-native teen, but also because she was an avid user of the app at ECRM’s in-person sessions, on which the virtual platform is based. “It was easy and really user-friendly, and I would say that you don’t have to be a genius to figure it out,” she says. “Since I was used to using the iPad version of it at the in-person sessions, a lot of it was familiar. You could share the screen, share your slides, take notes, show your products and displays. It was a cool way to still be able to do our meetings; the only difference from the in-person experience is that you don’t shake hands at the beginning. It may be a while before there’s an in-person session, but with this technology, it’s a great way to continue doing these meetings.”

Work-Life Balance
Running a company is not easy at any age. And when you are a teen going to school and involved in other activities, fitting everything in can be a challenge. But Morse makes it all work with a regular routine that balances it all out. “Now it’s a bit easier because I don’t have to travel, school is virtual, and the only thing I need to leave my house for is Pom practice at the football field,” she says. “It’s definitely a balancing act,” she says. “Sometimes I feel like a ringmaster in the circus, but it’s very rewarding to do it all. You have to stay focused, though, because that’s the only way you’re going to get stuff done.”

Morse has also built a network of other young entrepreneurs across different industries who share their experiences and advice to help each other grow. “They have definitely made me feel less alone,” she says. “When you speak with these other entrepreneurs, you realize they are in the exact same position as you, regardless of what they are selling. They face the same struggles, the same challenges, and we try to help each other to be successful.”

Zolli Candy is also looking to take its success and pay it forward with its Million Smiles Initiative in which they distribute free Zolli Pops at schools to help teach kids about the importance of oral health care, and also about the opportunities in entrepreneurship. The company recently committed to giving away 4 million smiles (4 million Zolli Pops) in 2021, and wants to build that number to 22 million, as there are 22 million children in U.S. elementary schools.

“We want every kid to have a clean mouth, a healthy smile – and a Zolli Pop.”

Fantastic interview and information! Thank you so much for sharing!

Outstanding young lady and great conversation and information. Thank you! 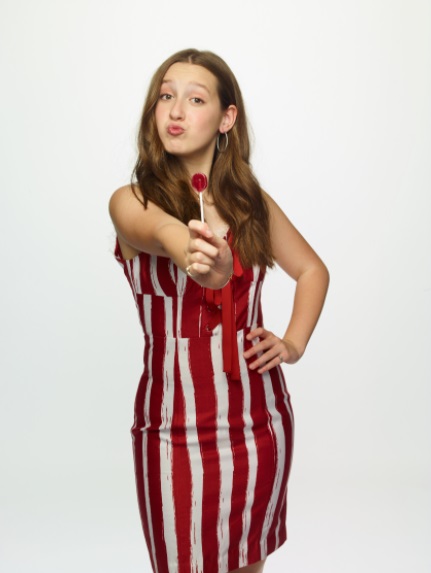 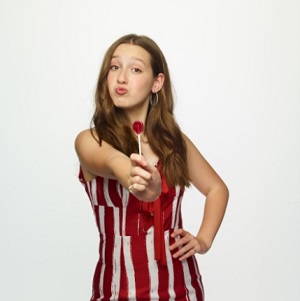