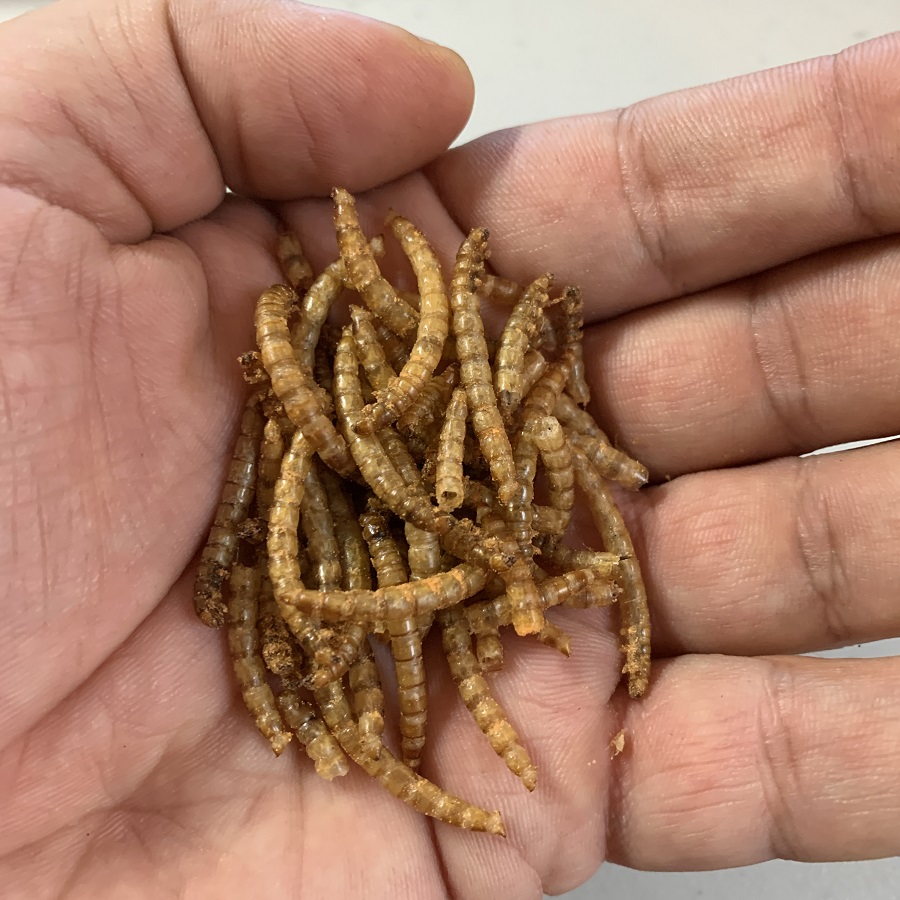 However, once I got past the “yuk” factor and actually put them in my mouth, I realized there was no reason to be disgusted. They were not bad at all. In fact, they had the texture and crunch of a light incredibly light potato chip, and basically tasted like whatever flavoring was added: salt and vinegar for the crickets and cheddar cheese for the worms. After that, the protein bar with cricket flour was just an afterthought. You wouldn’t even know crickets were a part of it.

People have been eating insects for Millennia, and many people around the world do so today. They’re an extremely nutritious and sustainable food source, and once you get past the fact that you are easting bugs, you realize that they don’t taste bad either. Indeed, this is what keeps many people from eating them in the first place. It’s all a matter of perspective; after all, we all love honey, yet many people don’t realize when they eat it they are actually consuming regurgitated nectar from honeybees. Yes, bee-vomit.

So, when I came across Bill Broadbent on LinkedIn, I just had to interview him. Bill is the Founder and CEO of Entosense, a retailer and wholesaler of edible insects, and he has been selling them to consumers, retailers and restaurants – many of which are ECRM customers – for the past several years – everything from crickets and mealworms to black ants (which give a citrus taste to meals when used as an ingredient) and scorpions.

Who’s eating bugs
There are basically two types of edible insect consumers. The first is the adventure-seeker who is consuming them as a novelty and wants to try something new. The others are health-oriented consumers who seek out their nutritional benefits. “They are like little vitamin pills,” says Broadbent. “It's a real animal protein and has all the essential amino acids. It's high in antioxidants. One big reason a lot of people buy them is for the prebiotic fiber from the chitin, which is the exoskeleton. They are also high in B12, they have the Omega 3 and 6 combination, more calcium than milk, more iron than spinach. And depending on the insect, it goes on and on.”

Edible insect consumers tend to skew toward younger generations like Millennials and Generation Z, as they tend to enjoy novel products, and gravitate toward more healthy and sustainably-raised foods, and as you’ll see below, insects are a very sustainable source of food. They take a minimal of resources to harvest, and can be raised anywhere, even in urban locations. “Anyone can grow crickets anywhere on the stuff you throw away after your meals,” says Broadbent. “Crickets can be grown in an old warehouse in the middle of an urban environment. They actually like that kind of environment where they can gather closely together.”

Indeed, according to an article published in The Atlantic titled, “Eat a Cricket, Save the World,” the author noted that, “pound-for-pound, crickets pack more protein than cows, chickens, pigs, and the rest of the mammals and birds we've come to associate with barnyards. And their smaller footprint — both literally and environmentally — makes them a candidate for a more sustainable food source.”

And as far as humane treatment goes, putting down crickets is painless. At the end of their six- to eight-week life span, when they are nice and plump, they're put in a refrigerator or freezer and as the temperatures drops they enter a hibernation state as they do when winter sets in. “Crickets don't survive the winter, their eggs do,” says Broadbent. “So this is just like winter coming on and they go into a hibernation state, then they end up dying because the temperature drops low enough. And at that point, you know, they wash them and, and either roast them for sale or roast them and turn them into powder.”

Bugs at retail and foodservice
Entosense’s wholesale division, called Wholesale Edible Insects, supplies edible insects and insect-based products to retailers, bars and restaurants. At retail, they are typically sold as health-related products, such as cookies or protein bars made with cricket flour. This tends to be the simplest way to ease into the segment. “We need to get more products that incorporate insects,” says Broadbent. “With energy bars, for example, you have no idea that you are eating a cricket unless someone tells you. They are great for the uninitiated.”

Retailers are also selling insects as more of an impulse/novelty product, and these tend to do very well, according to Broadbent. “We have our own displays for the mini-kickers, which are tubes of crickets in an assortment of flavors, and it has a two-tier shelf and holds 90. The reorder rate on those is fantastic, sometimes every other week.”

On the foodservice side, restaurants and bars are finding unique ways in which to incorporate insects into their menu items. Black ants, for example, have a citrus-like taste, according to Broadbent, and some chefs sprinkle them onto a plate instead of lemon or lime. “For one thing, black is kind of a popular color now as a food ingredient, and they are small enough so that people don’t really notice them as insects,” he says.

Sometimes, though, noticing them is the whole point, as is the case for bartenders serving drinks with Manchurian Scorpions. When those are typically ordered, it can be quite the spectacle. “These bartenders are fantastic,” says Broadbent. “Scorpions glow in the dark, and they will bring it out and shine a black light on it, making it glow brightly, then the people around notice, and by the time they put it into the cocktail and light it on fire, they’ve got a crowd.”

And this is a great example of another incidental benefit that edible insects deliver – they kind of market themselves. “Nobody eats a scorpion and doesn’t tell everybody they know,” says Broadbent.

And of course, they’ll throw it on Instagram. But because of the creepy, crawly nature of insects, they offer a myriad of social media marketing opportunities for the retailers, restaurants and bars selling them, as many customers view them as a badge of honor to have devoured them. And this opportunity to show off is often the thing that gets a customer past the “yuck” factor to put an insect in their mouths. It certainly did for me

Best part is that many of these products are premium items. The Manchurian Scorpions, for example, cost around a dollar each, yet drinks with them sell at a five-dollar premium.

All of this has led to an increase in companies harvesting insects for food. When Broadbent first started, there were very few cricket farms to source from, and now there are a couple of dozen, including a new high-tech 25,000-square-foot plant in Texas in which John Chambers, former CEO of Cisco Systems is an investor. The combination of increased demand from younger generations and more availability creates a big future for the segment. “The younger generations understand the health benefits, they are looking for sustainable alternatives,” says Broadbent. “Edible insects are a great fit for this.” 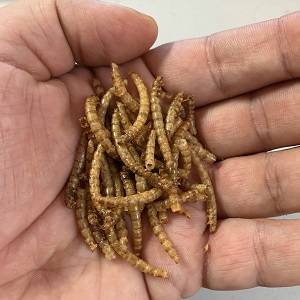