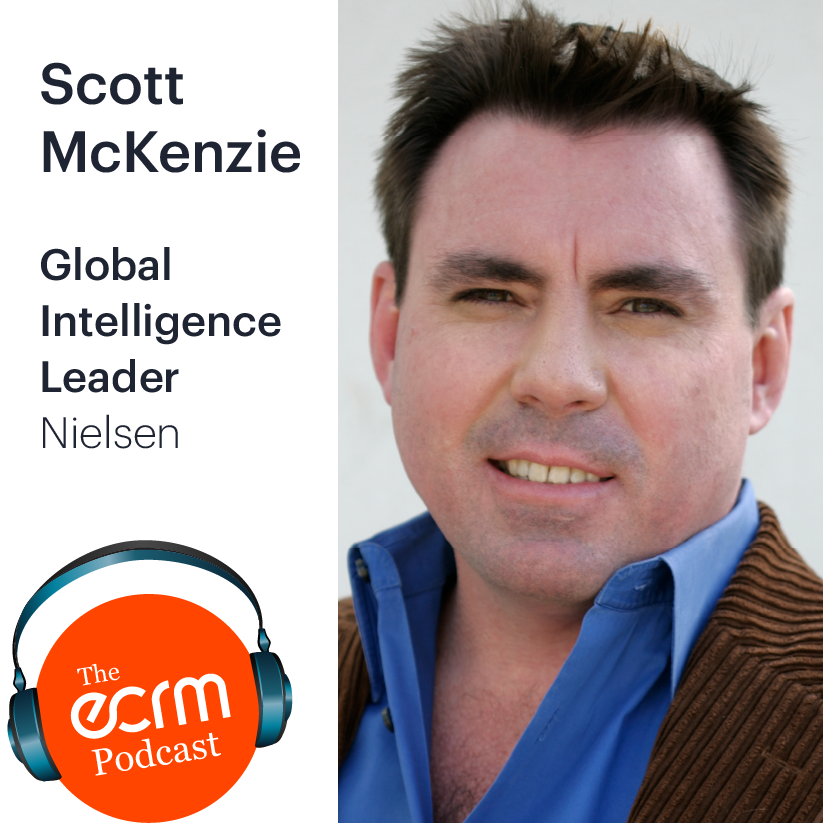 As we're now on the path toward opening up non-essential businesses and consumers are beginning to come out of lockdown, what can we expect in terms of their spending behavior? For the answer, I spoke with Nielsen's Global Intelligence Leader Scott Mckenzie, who has analyzed Nielsen's research of companies and consumers around the world – including countries that are further along the road in terms of opening up their businesses – to give us a perspective as to the various scenarios we might experience.

During our interview, we discuss various learnings from global activities and trends, and explore how consumers will shop differently post-pandemic, including Nielsen's concepts of Rebound, Reboot and Reinvent and how they apply to retailers and brands. We take a look at the consumer shift to ecommerce, the difference between insulated and constrained spenders, and how out-of-stocks have driven "forced disloyalty" and an opportunity for new brands.

Scott also provides recommendations for how retailers and brands can effectively engage consumers as we pass through the various stages of recovery. Below is an excerpted Q&A from the full interview, which is available in the embedded podcast and video below.

Listen to the full podcast:

ECRM: Can you give a little background on that research that Nielsen has done, where they've done it, and how that all has factored into to your learnings?

McKenzie: It’s been a fascinating sort of period in time. So the global intelligence practice at Nielsen has really been tracking this story since it began, and when we started to see those real escalated levels coming out of China and then that flow on into markets as varied as Iran and Italy, we started to look at what some of the leading indicators might be. So we used markets like China and South Korea as our sort of canaries in the coal mine to get hints on what we might expect elsewhere in the world and how consumer behaviors have changed along the way. And what was just extraordinary to me is that we saw incredible levels of repeating behaviors.

ECRM: Can you talk about some of those behaviors, those consistent behaviors?

McKenzie: There were some of the obvious ones at first like the panic buying and pantry stocking, which happened pretty much everywhere except China. China really sort of jumped straight from normal life into lockdown life because the country responded at an incredible rate of speed. But elsewhere in the world we saw people stocking up on the essentials, so pantry items like pastas and wipes and things like that. And once they'd gotten some of those basics out of the way, we then saw a very natural progression to health minded buying, preventative things like thermometers, vitamins, things that people were putting aside to be able to protect their family and themselves, if they were struck by the virus.

And then at the same time we started to see behaviors reflecting people being locked in their home for extended periods for weeks and now months. In some cases we saw shifts to home cooking. We're seeing consumers displaying behaviors where they're cooking more, they're taking more at home entertainment. Those purchase habits are starting to stick in some instances.

We're certainly seeing massive spikes in things like yeast for home baking and lots of foundational cooking ingredients that classically folks would have avoided, or they may have went more for ready-to-eat options or ready-to-heat options, which is far less appealing in an environment right now where people are averse to going to the store. And we're seeing that reflected in basket sizes. So firstly, people are going to the store less often, but when they do go to the store, they're buying more products so they're stocking up and they're also buying bigger pack sizes as well. Then of course we've seen that pivot to online that's come along for the ride, sort of big spikes around online penetration levels and then a gravitation to supporting local products.

ECRM: Have you seen consumers driven to try new brands due to out-of-stocks?

McKenzie: You've gone straight to the heart of one of the really big issues confronting the CPG community broadly and certainly the retail community within that. What we've seen early on, and it's still being perpetuated across most categories is that it's in two directions. The consumer has primarily gone first to a category leader, and they have done very well in most categories. People are gravitating to brands that they trust and know and they don't particularly care what the price is. And then the other extreme is, they're looking at gettig value for their money. They're looking at private label.

But during those out-of-stock weeks where it was really tough to consistently get what you were looking for, people did move off to brands they hadn't tried before, perhaps moved to adjacent categories they hadn't experienced before. I think about it almost as forced disloyalty in many ways.

ECRM: How is online factoring in?

McKenzie: There’s no question that you're going to see a real recalibration take place in the dynamic between online and brick and mortar. Firstly, there are folks who never shopped online before, who have now gone online, been successful in their experience and are sticking. And certainly, I think what's encouraging for the sake of online growth is you're seeing an expansion of range in what people are going after in their online shopping. So yes, it's the staples or the larger items that are bulky, but what's interesting is you're seeing a pick up in categories that were less popular online, particularly in fresh. So we're seeing stickiness around categories within online that we've not seen before. And there's some variances as well in categories like health and beauty, so personal care and some of those categories are also popular online, but not always in the same way that they were popular in the past. We're recalibrating.

ECRM: People are also buying things that distract them or give them more of a sense of normalcy while they are stuck at home.

McKenzie: We're seeing two kinds of spenders emerging right now. One is what we call a constrained consumer, those newly unemployed that has either been on a borderline of being a constrained spender or a suddenly thrown into a constrained spending environment, which will only be amplified as recessionary sort of impacts start to kick in. Then, there are those who are insulated spenders. They have jobs, they have healthcare, they have a security blanket of sorts that allows them, particularly as they spend more time at home, to treat themselves. They are probably not going to take an expensive summer vacation, overseas, and they are certainly not spending money on commuting or dry cleaning or all of the costs that come with the day to day life pre-Covid. So they’ve probably got more discretionary spend than they had before. And so we are seeing a little up-trading going on in some categories.

There are three time horizons we have been looking at in terms of consumer spending in which we feel comfortable projecting. The first is Q3, the most optimistic of where the economy starts to regenerate. Retail reopens at scale, schools reopened, the rate of infection is massively flattened, and health services are coping in a way that is balanced. So consuers will still be gravitating toward essentials, but they won’t be 100 percent focused on them. We call this the Rebound.

But as you move into Q4, we are referring to that as the Reboot, where circumstances around consumers start to change, and there will be trigger points along the way that increases spending or decreases depending on whether there is a second wave. And then you reach into next year. And that's the third scenario that we built which is fundamentally different. It's a Reinvent scenario and it takes you through really to the end of Q2 of next year. And that's a point for some where there may be incredibly dire circumstances, such as people on food stamps at a scale we've never seen before and with no end in sight.

But it's just really hard to compare this against past recessions. Billions of people weren't locked in their homes for weeks. Millions of people weren't infected with a deadly virus. Thousands weren't dying every single day. I just don't think it's a fair comparison or a particularly helpful one given the framework that we have in front of us right now of an ongoing health crisis that will never go away until we get a vaccine.

ECRM: What kind of recommendations would you make for retailers and brands and how to best prepare for or adjust for these future phases that that may happen?

McKenzie: What we've tried to do is identify a guidance that runs through all of those phases, because some countries will experience all of them; they'll go through that gentle rebound right through to the chaotic and difficult reinvent scenario. Others will leapfrog over one, but some may even go backwards if there a second waves of infection.

But one thing I think is fundamental to any product and to any retailer right now is a culture of a demand for authentication. And what I mean by that is consumers are looking to understand the products they purchase and what these products do for them. So the efficacy of those products is important in ways they never have been before. So think about things, for example, like brand claims on the products. If I want to go into a store less often than I have in the past, I want to get in and out quickly, I need to make decisions quickly on what I put in my basket. So make it easy. That brand, if it kills 100 percent of germs, I want to know that because that's for me right now. I may not care as much at the moment if the brand claim is that it helps save the planet. Sure, I love the planet, but I want to save my family first and the planet second.

So that reprioritization of brand position is going to be critical from a retail perspective. Thinking about how to reposition in a way that provides absolute surety that the retail shopping environment is a safe, secure, and as hygiene-optimized as possible. Because that authentication to me is everything right now in my purchases, in my experience. So I think that's something that if any brand or retailer has a question on where to start, that would be my starting point. 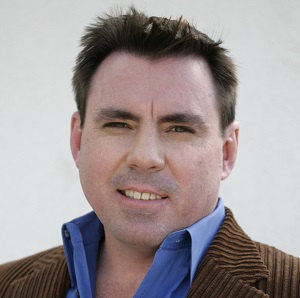