It’s no secret that I’m a huge VaynerMedia fan. Most of my content strategies come from Gary Vaynerchuk; The Sasha Group (a VaynerX company) does awesome presentations at our programs, and those people I know from the company are great to work with.

One of them is Zain Gaziani, who is part of Team GaryVee, the group of VaynerMedia staff who specifically work on Gary’s personal brand. Among Zain’s responsibilities is community management – engaging with followers of Gary and VaynerMedia on a variety of platforms, including face-to-face. Zain also happens to live in my neighborhood. As it turns out, he moved to New York a few months ago after Gary hired him on the spot at a keynote in Texas, and when we connected on Instagram, we learned that we live just a few blocks from each other in Astoria, Queens. He's since become a part of our regular Ditmars Blvd. crew.

So one Saturday before heading out to our favorite hangout spot (The Thirsty Koala, which I’ve mentioned many times in my posts), we shot a video interview about community management and its importance for brands at my home office. Here’s the Q&A from that interview. (Click here to listen to the intervew on our Podcast)

ECRM: Can you give us a little background of what you do at VaynerMedia?

Zain Gaziani: I handle a lot of community management initiatives for a team within Vayner called Team GaryVee. It's about a 35-person team and we are focused on Gary Vaynerchuk’s personal brand. All forms of content, whether it's written, video, audio, what have you, comes from our team and we partner with Gary to put out content at scale.

ECRM: Part of that is community management, right?

Gaziani: That's a big part of my role. I handle a lot of community initiatives, so different platforms, whether it's Twitter or Snapchat or parts of Instagram, Facebook, the Facebook group and also right now a lot of my focus recently has been on the surprise and delight initiatives. As you may have seen, Gary's focused on things called the 90-second club where we're surprising people with fun giveaways and so I'm handling a lot of that right now too.

ECRM: For those people who are not familiar with the term, what is community management?

Gaziani: Community management can mean a lot of different things. The way I see it at a very high level is it's just you’re growing, building and managing your online community.

ECRM: That community can come in a lot of different forms, right? It could be like a Facebook group or a LinkedIn group or just an online community.?

Gaziani: Absolutely. That's the social way to do it and there's real physical meetups and things of that nature as well. As long as you have a group of people that are excited about what you're doing and they're part of what your mission is, that's a community. And to manage it, whether it's physically or social, there's different ways to go about it.

ECRM: Take us through the nuts and bolts. On an average day, let's say you're working on a particular community management project, what are you doing?

Gaziani: A lot of times I just try to figure out different ways to engage people and also serve as an advocate and be a resource for them. For example, we have a Facebook group right now, I actually started as a volunteer moderator for that Facebook group before I moved over to the team. A lot of my time right now is spent going through the comments, replying to them and engaging community members.

Also, while I'm looking at their comments, if I see any trends, I'll figure out a way to answer their questions for a lot of people at once. For example, I was going through the comments recently, I saw a lot of people were asking about what kind of tools our team uses for editing videos. What does your team use for X, Y, and Z? So we compiled a document that had all the tools and resources that we use on our team and we just put it out for everyone on the group to have so that way they can access it and use it for themselves.

ECRM: I remember that one. I think D-Rock (David Rock, Gary Vaynerchuk’s videographer) posted that too. So to be an effective community manager, you need to be well versed in the brand or the brand's culture – or in your case, the brand of Vayner Media – to be able to effectively keep that brand-feel, so-to-speak, in the messaging. For brands that are in our industry, consumer packaged goods, how important is engagement on social media?

Gaziani: Super important. I think that whether you're a brand owner or building your personal brand – I do a lot of my own personal brand activities – engagement is key. It’s how you build real meaningful relationships with the community. There's so many people I see, big brands especially, that are not going in the comments and replying to people and a lot of times the people that are in those comments can become your biggest fans, and from a business standpoint, become your biggest customers. So it's really important to go in there, engage with them, joke with them and be a part of their discussions and build that connection. I personally remember the first time GaryVee replied to me on social media, and that eventually led me to join his team. It's really critical.

ECRM: I see a lot of brands, that might push out something on social but then don’t follow up with people who comment on that post. But social media is like being at a networking function. If you're sitting at the table with eight or nine people in your industry and somebody asks you a question – if you just sit there without replying, that would be very awkward. But that's exactly what a brand is doing on social media when it doesn't acknowledge someone’s comments, and you lose that chance to make a connection. I also think it's important to go narrow. Sure, it's great to have 100,000 followers, but if they don't care about your brand, it doesn't mean anything. Those hundred people who really care about you because you're interacting with them one on one, they're going to be your brand advocates.

Gaziani: Absolutely. It’s not easy, especially if you have a bigger audience, but it's so worth it. I was literally up last night from 11 PM until 2 AM just replying to all the DMs I could catch up on because I know that connection I build there is just going to be so meaningful, it's going to really impact people and so I can't stress it enough. You may not be able to get to every comment, you may not be able to get to every DM, but do as much as you can because the more you do, the more you're going to get back.

The fact that someone took the time out of their schedule to leave a comment, that's a big deal. We should value that and reply back to them. I think the biggest thing that someone can do as a community manager is be the biggest fan of your brand. It's so important as a community manager that you know everything going on about your brand or whomever you support. You have to know every meme, you have to know every tweet conversation. You have to know the inside jokes, the feedback, so that way you can be a part of the discussion.

Even now, while I'm on team Gary, I listen to the GaryVee podcast, I'm watching Weekly Vee at home and as a fan, yes I love it, but also as a community manager it's literally my duty to know everything we're putting out. Reading every blog, reading every tweet, so that when I get a very specific question in the DMs I can answer it in the brand’s voice.

ECRM: This all takes time and effort, but it’s important to spend some time on it.

Gaziani: Yes. To me it's just like working out. You have to make time for it. You have to get the reps of community management in too. I know that sounds so cheesy, but it's so true. Especially if you're bigger, you're getting a lot more replies, you're getting a lot more DMs, you just have to make time for it and you may not get to everything, but I'd recommend carving out at least 30 minutes to an hour a day on it, whenever you can fit it in.

Sometimes it’s tough. About a month ago I started doing these virtual calls. I would just go on LinkedIn Saturday morning, and tell my community that I was going to do eight calls this weekend, and I’d set them up. That worked well; I was able to connect to people one on one, but now I'm actually holding off those calls so I can catch up with my DMs until next month when I'm caught up. It's just too important to get back to those people. You have to keep up with it. 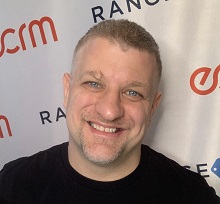 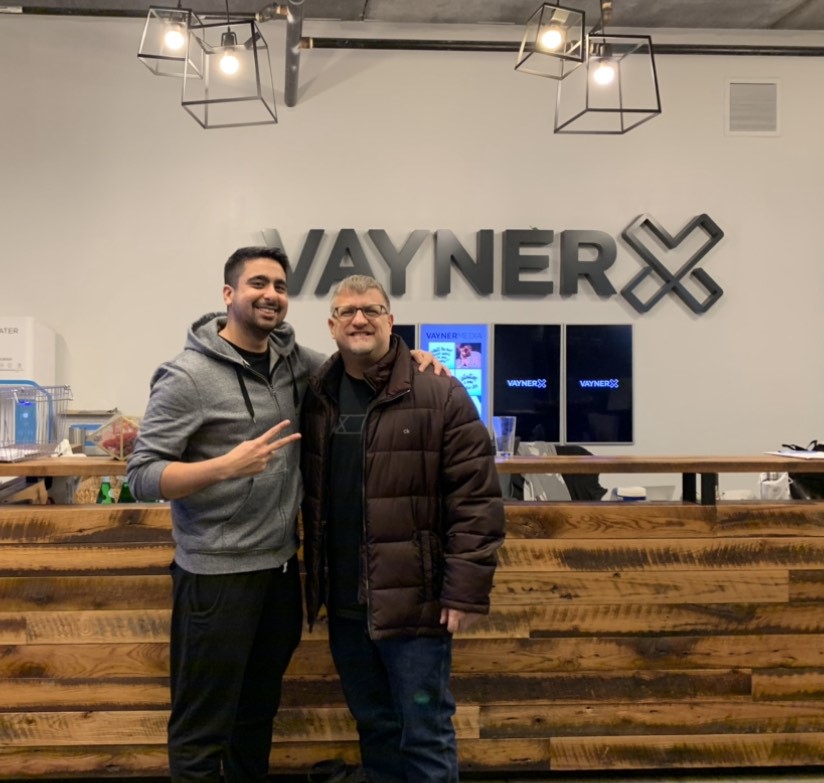 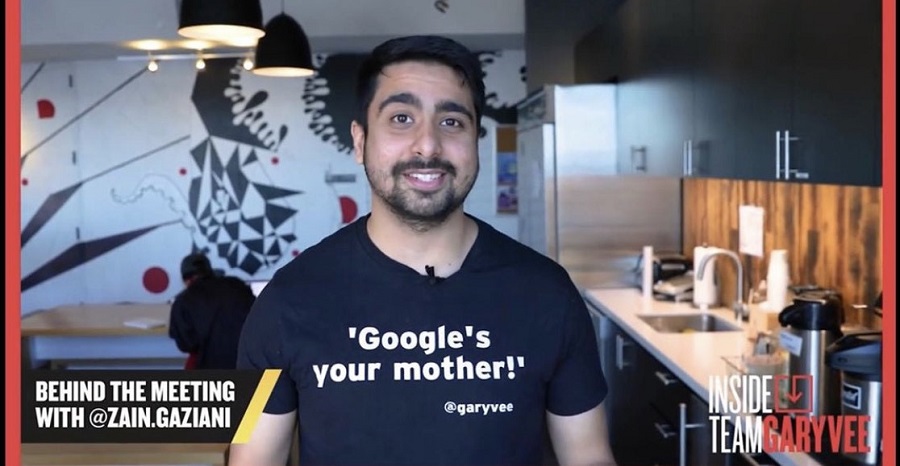 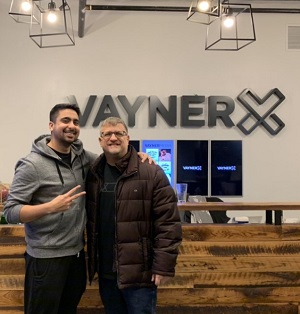