My colleague was recently at a Craft Beer and Burger restaurant for a meeting in NYC and sent me the screen shot to the left in this post, showing the number and variety of craft beers in a can that were available.

This is a perfect example of just how cans are becoming increasingly popular – both on-premise at bars and restaurants, as well as off premise in retailers’ stores. And not just for beer, either – wines and spirits are increasingly sold in cans, something that was evident during ECRM’s recent Global Wine, Beer & Spirits session. In fact, one of the ECRM Grand Tasting Award winners was ManCan wines (click here to see coverage of all four Grand Tasting Award winners in Bar Business Magazine).

"Cans are actually a superior container compared to bottles," says Rick Petralia, Corporate Chef and Culinary Services Manager for Fazoli's, which operates approximately 220 restaurants in 26 states, and is a regular participant in ECRM's Foodservice sessions. "Cans keep light and oxygen out better than bottles.  They are also easier to recycle and overall better for the environment. Kind of like how wine screw caps are superior to corks, some people just want to stick to tradition."

Indeed, according to Danny Brager and Caitlyn Battaglia of Nielsen’s Beverage Alcohol Practice, who both presented during the session, canned alcoholic beverages were among the top trends. “Cans are something we see growing, particularly in craft beer,” says Battaglia. “Craft beer was historically a bottled category and now we see cans accounting for more than 25 percent of the dollar growth and it’s continuing to grow at 50 percent year-over-year. But you see other categories embracing cans too. Within the broader beer category we see cider moving to cans, we also see hard seltzer, which is an entirely new category that moved almost exclusively into cans and didn't even consider bottles, and it's really resonating with consumers' demand for convenience.”

Included in consumers’ definition of convenience is the ability to get prepared cocktails in a can, as well. “They want one-stop shopping, and so you see things like pre-mixed cocktails, whether they're wine-based or spirits-based largely coming in cans that you can take you to the pool or beach and you don't have to worry about glass," adds Battaglia. "You can take them to a lot more places and so they're really hitting on that convenience factor and just again across beer wine and spirits.”

The ability to have a single serving without uncorking a fresh bottle is also driving the trend toward cans. “A 375 can is maybe more than a single glass, but it's but it's less than a full bottle,” says Brager. “I think that's also resonating with consumer.”

Another trend was the transitioning of flavors from one alcoholic beverage category into others – a trend that was particularly strong with Rosé. Last year, Rosé was among the top trending wine, and now the flavor is making its way into beers and spirits.

“I think the thing that we generally see is when trends become hot in one category they start to bleed into others,” says Brager. “Suppliers want to see if there's any room to include that hot trend into their own categories. So something like Rosé started with wine, and now we see Rosé ciders, Rosé hard Seltzers and Rosé vodkas because everyone's trying to capitalize on that pink trait.”

Finally, consumers ongoing desire for wellness continues to impact the category, resulting in a proliferation of products with clean labels, low calories, and gluten-free and non-GMO ingredients.

“We absolutely see health and wellness as something that consumers are looking for,” says Battaglia. “Even on-premise consumers have indicated that they tend to want to lead a healthier lifestyle and that comes through in sales numbers for categories that are doing well within beer. We see domestic super premium which is led by Michelob Ultra, which is leaning into the idea of something that's not going to mess with your diet, and then you see consumers moving to categories that are just naturally gluten-free, such as cider, which tends to be gluten-free, so it's something that somebody who has a gluten intolerance or somebody who's just leading a gluten free lifestyle can come to these categories within BevAl -- it's their health and wellness regime that is influencing their decision on what they're going to purchase.”

Other categories, such as hard seltzer – which went from nothing two years ago about $300 million dollars today – also tout their wellness aspects such as being low in sugar and carbs. “Many of them have prominent labeling and messaging around this to really highlight the fact,” says Battaglia.

With increasing legalization of recreational marijuana as well as the growing popularity of CBD-based products (see our post on CBD here), it’s no surprise that these items are making their way into the BevAl space. “We’re starting to see the THC-type products and big companies entering the space, including products like HiFi,” says Brager.

And along with the THC products that do have a psychoactive component (i.e. they get you high), there are also CBD products and other related products that don’t. “We see products with CBD is popping up in beverages, though they are something that's can't be distributed, and we are also seeing hemp-inspired products that don't actually contain CBD or THC,” says Battaglia. “Often it's the aroma that they evoke that they're tapping into and so they're products that are meant to smell or invoke the experience of THC or marijuana products but are really and truly just a craft beer.”

Regardless of which directions they take the industry, convenience, flavor diversity and wellness are here to stay, according to Brager, and will continue to drive the industry, both on-premise and off, for the foreseeable future.

This year’s Global Wine Beer & Spirits session ran concurrent with ECRM’s Candy Planning: Everyday & Summer Seasonal session, and what was particularly interesting about this was the fact that it gave buyers and sellers from both sessions the opportunity to compare notes across categories, and many realized that, there are a lot more similarities between the two categories than they originally thought.

Lucky’s Market Beer Category Manager Andy Dobbie and Wine Category Manager Roberta Backlund discovered this firsthand during one of the networking dinners that included attendees from both sessions. Lucky’s is a fast-growing grocery chain based in Boulder, Colo. with more than 35 stores across 10 states, and is planning to double its store count by next year. It was started in 2003 by two chefs, Trish and Bo Sharon, who shared a vision of creating a grocery store chain where food lovers like themselves would want to shop, with organic, natural and local foods sold at affordable prices with genuine personal service and a great experience.

In this video interview with ECRM VP of Content Joseph Tarnowski, Andy and Roberta discuss some of the similarities of the beverage alcohol and candy categories, as well as trends they are seeing in wine, beer and spirits and their overall experience at the session. They are definitely a fun team and have a clear passion for the business! 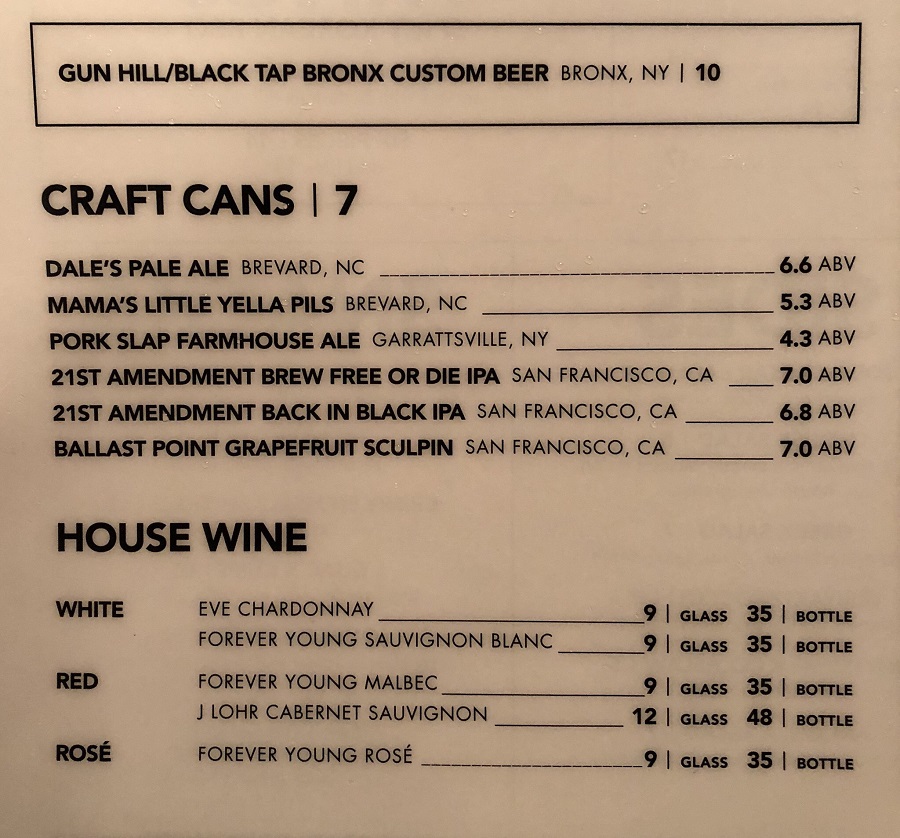 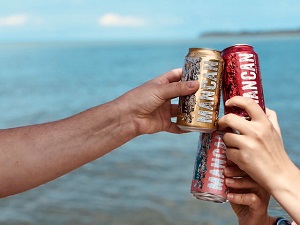