Online sales for vitamins, minerals and supplements (VMS) surged 20 percent growing from $2 billion in 2016 to $2.4 billion in 2017, according to TABS Analytics’ 10th Vitamins, Minerals and Supplements Study, which was unveiled at ECRM’s Weight Management, Sports Nutrition & Vitamin EPPS and presented in a webcast by TABS last week.

Much of the growth is due to the performance of brick and mortar online retailers, which outpaced Amazon and other pure play outlets in growth and gained almost 19 percentage points in online transaction share. Brick and mortar stores sales of VMS grew three percent. TABS Analytics estimates the annual U.S. VMS market grew 6 percent over 2016 and now stands at $13.5 billion in sales annually.

“This is really a breakout year for Walmart’s online sales of VMS which have helped propel the online sales for the VMS category to a ten-year high of 17 percent of all sales,” said Dr. Kurt Jetta, president and founder of TABS Analytics. “Walmart also made substantial online gains in share in baby products in our study earlier this year which is corroborated by its recent earnings report which showed its online sales rising 63 percent in the company’s first fiscal quarter.”

Although Amazon grew its number of transactions by almost 15 percent, it experienced a major nine-point loss in share as the gains did not keep pace with brick and mortar retailers’ online gains in purchases, which nearly tripled from last year.

“With our last three studies in baby care, personal care and vitamins there is mounting evidence that brick and mortar retailers, particularly Walmart, are carrying a larger load at bringing ecommerce retail to the masses,” said Jetta. “Prior TABS studies have shown a limited market for consumer packaged goods online, primarily focused on upscale consumers. We are now seeing brick and mortar gain share in ecommerce by expanding the demographic base and offering a broader assortment of mainstream brands to online shoppers.”

Below are some key findings from the study:
“With ten years of VMS studies and data to draw from, VMS is showing all the characteristics of a mature category so 2018-2020 gains should moderate to the plus three to four percent range, assuming pricing of plus two percent. At this level, continued dramatic growth in ecommerce would, by definition, come at the expense of brick and mortar store sales although we have not seen that shift yet,” said Jetta. “With only one year of the recent ecommerce surge, however, continued dramatic growth in ecommerce is not assured.”

About the Study
TABS Analytics’ VMS study was conducted in May 2017 by Caravan, part of ORC International, and was developed to examine trends regarding what types of vitamins and nutritional supplements are purchased, how frequently they’re purchased and at which outlets they are purchased. The survey panel included 1,010 geographically and demographically dispersed consumers. This was the 10th year that VMS survey was conducted, having started in the spring of 2005 and 2008, and then every year since 2010.
Below TABS CEO Dr. Kurt Jetta gives an overview of the study findings.
CLICK HERE FOR INFORMATION OR TO REGISTER FOR ECRM'S JANUARY 2018 VITAMIN, DIET & SPORTS NUTRITION EPPS
Download attachment 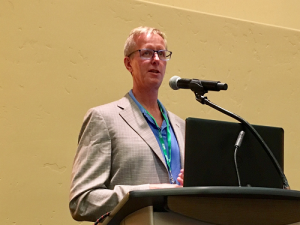