By the end of last year, pet owning American households had increased by almost 9 million over the past decade. In total, Packaged Facts estimates there are around 67 million households with pets—that’s 55% of all U.S. households. Dogs are the most commonly owned pet, followed by cats, and at much lower rates other types of pets such a fish and birds.

The report analyzes, evaluates, and forecasts trends related to the pet population and the people who own them. Following are four of the key growth trends featured in Pet Population and Ownership Trends in the U.S.:

Multi-Pet Households Key Growth Factor: An increase in the number of households with more than one pet has played a key role in maintaining the size of the pet population over the past decade. For example, the number of households with more than one dog grew by five million during this period, compared to an increase of 4.8 million in the number of one-dog households. And beyond merely growing the pet population, owners of multiple dogs in particular are more likely to shop online and splurge on their canines and thus are aiding growth in the retail pet product industry as a whole.

Aging Baby Boomers More Likely Than Previous Generation to Own Pets: Aging Boomers appear to be re-writing the book on pet ownership among older Americans in a way that likely will hearten marketers and retailers in the pet industry. A decade ago, just 34% of adults in the 70+ age group owned pets. In 2015 and 2016, when the oldest cohort of Boomers began to turn 70, this percentage jumped to around 40%. If this incipient trend continues, the overall rate of pet ownership likely will increase in coming years. According to Packaged Facts, one reason for this trend is the developing appreciation of the health benefits of pet ownership for an aging population.
Hispanics, Multicultural Consumers Boost Ownership of Canines, Felines, and Birds: Roughly 61% of the growth in the population of dog owners in the past decade came from multicultural population segments. Likewise, the number of Hispanic cat owners increased 71% while the number of non-Hispanic white cat owners was essentially flat. Packaged Facts data also reveals that Hispanics have a substantially above-average likelihood of owning pet birds. Pet ownership has become a marker of increasing acculturation within the Latino population. The vast majority of Latino pet owners in the United States are either U.S.-born or are bilingual or English-dominant foreign-born Latinos. As acculturated Hispanics continue to make up a larger and larger share of the rapidly expanding Hispanic population in the U.S., the number of Hispanic pet owners likely will continue to grow exponentially.
Millennials View Pets as Good Practice For Having a Family: Along with 35- to 49-year-olds, Millennials (those in the 18- to 34-year-old age group) have the highest likelihood of owning a pet. Moreover, Packaged Facts’ data reveals that 43% of 18- to 34-year-olds who do not have a pet now say they want one in the future. One reason why Millennials have a strong attachment to the idea of pet ownership is that 69% agree that “having a pet is a good way to get ready to have a family.”
Additional Packaged Facts Pet research is available on the Packaged Facts website.
Click here for ECRM coverage of Packaged Facts' research on pet product e-commerce sales.
Packaged Fact's David Sprinkle discussed pet ownership trends at ECRM's recent Pet EPPS 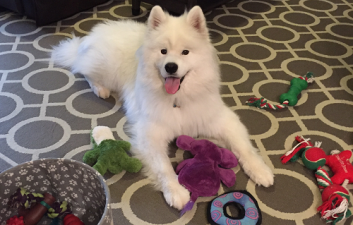