What could be said twenty years ago is even truer today: The U.S. food retailing business has never been more competitive. A number of trends are putting pressure on food retailers of all stripes, from supermarkets whose "bread and butter" is groceries, to supercenters and drugstores for which food is a smaller but still crucial part of the product mix, according to recent research published in "The Future of Food Retailing: Value Grocery Shopping in the U.S.," a brand new report by market research firm Packaged Facts.

“Food retail is evolving. The customer is king, and perhaps more than anytime in history, the consumers are firmly in control," says David Sprinkle, research director, Packaged Facts and regular presenter at ECRM EPPS meetings. "Competition from multiple channels is unrelenting, and retailers must be creative and innovative in their marketing, products offerings, services, and even store designs just to garner even a semblance of consumer loyalty,”

In the study, Packaged Facts identifies several trends impacting the food and beverage retail market. Three of the most prominent are:

The E-Commerce Effect
For several years e-commerce has been one of the fastest growth areas for grocery and consumable products. Retailers covet e-commerce shoppers because they tend to be less price sensitive, spending noticeably more than in-store only shoppers and driving higher margins. E-commerce shoppers are also desirable because they tend to stock up, placing two large orders per month on average, with items in their baskets often double or even triple what is typically found in the carts of in-store shoppers.
Not surprising given Amazon’s inexorable inroads into consumables, many brick-and-mortar chains have begun making it possible for shoppers to order online and pick up in store. By some estimates, brick-and-mortar stores now average more than 100 e-commerce orders per week. The practice is so popular that even Amazon wants a piece of the pie and is reportedly considering establishing up to 2,000 “click and collect” stores and possibly even some full-scale grocery stores.

Even Walmart is not immune to the allure of e-commerce. The supercenter juggernaut is working to get up to speed and dramatically boost its digital operations to better compete with the likes of Amazon, which presently has the advantage of a larger online presence in international markets, a larger selection and number of products online, and a more successful mobile app and customer loyalty program in Amazon Prime, according to Packaged Facts. Walmart’s $3.3 billion acquisition of Jet.com in August 2016 was a decisive strategic step in boosting the retailer’s digital operations.

Use of Mobile Payments, Apps, and Screenless Payment Accelerate
Especially as Millennials and Gen Z come of age, a growing aspect of shopping convenience will be the ability to pay wirelessly or by tapping a card on a reader. Many experts predict 2017 will see accelerated growth in contactless transactions due to a variety of factors, including America’s continued transition to the EMV electric standard for smart payment cards requiring insertion rather than swiping.

Rapidly gaining ground are apps designed to speed up the payment process, keep track of transactions, calculate and apply customer rewards, and help shoppers bypass lines. For example, since introducing the popular Walmart Pay in 2016, Walmart has already added two new features to the mobile app: the ability to refill prescriptions and skip pharmacy lines and the ability for users of Walmart Money services to submit information for the transaction privately rather than filling out paperwork in stores, also skipping the line. Also getting into the app game, Target plans to introduce a mobile payment option in 2017, although it is not yet clear whether it will be embedded in the core Target mobile app, Target’s Cartwheel discount/coupon app, or both.

On a similar note, screenless payment is shaking up online grocery shopping. A pioneer in this area is Amazon with its voice-activated Alexa home assistant and developing cashier-less Amazon Go brick-and-mortar stores, where sensors automatically calculate purchases as customers load up and leave the store.”

Smaller Stores Bigger Than Ever
If there’s one thing every grocery shopper wants, it’s the convenience of being able to get in and out of the store as quickly as possible, and for a growing number of shoppers and retailers smaller stores are the ticket. In Europe, ALDI and Lidl have long wielded the smaller store advantage vis-à-vis the huge hypermarkets, and both chains are expanding in the U.S.

As a result, the smaller store strategy will be even more important to Walmart and Target, both of which have been fielding smaller formats to offset inroads made by dollar stores and to fill the gap between full-sized supercenters and stores too small to warrant their investment. Walmart’s experiments with small-format stores include its Neighborhood Market stores—which measure approximately less than one-quarter the size of a Walmart Supercenter—and currently number about 700, with expansion ongoing. Walmart also recently added two Walmart Pickup and Fuel shops as a way to test additional pickup options. Customers order online and pick up at the smaller stores, which carry convenience store basics as well as fuel. The orders are delivered from larger Walmart stores to the smaller stores.

Target, too, has been opening small stores, though mostly in urban areas where space is tight. In late 2016, Target opened three smaller format stores in New York City, and according to reports CEO Brian Cornell envisions opening hundreds of smaller Targets, making them a major part of future growth. Overall in 2016, Target opened 32 “flex-format” stores occupying less than 50,000 square feet, with plans for at least 16 more in 2017. The smaller stores afford Target entry into high-rent urban areas that can’t handle typical big-box stores. Along with the smaller size, the stores’ product selection is tailored to the surrounding demographic.

As of early 2017, even the smallest value grocery format of all—dollar stores—is going even smaller. Looking to tap further into the all-important Millennial cohort, in January 2017 Dollar General began testing in Nashville a 3,400-square-foot concept called DGX, with plans to open a second DGX in Raleigh, North Carolina. 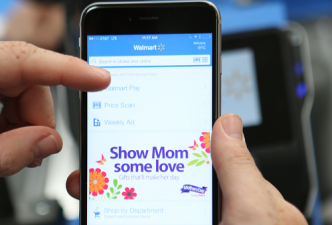