As I promised readers of my column on healthy-food trends, I picked up some insect foods to taste-test on video.

But we have some great vegan insights in the video, as well. I got together with Lawrence Shore (aka SnakePit Dad, Vegan-in-Training) a friend of 30+ years who also happens to be chronicling the challenges and benefits of his vegan lifestyle -- a journey which began about 10 months ago -- on his Instagram and YouTube sites.
Click here for Larry's Instagram Page -- lots of great recipes here!
Click here for Larry's YouTube Channel. The Overnight Oatmeal & Skeleton Video is a riot!
(Editor's note: If you'd like to send Larry a vegan product sample to consider for one of his posts, you can connect with him at snakepitdad@gmail.com)
In my column I wrote about how there is a debate among vegans as to whether or not insects and insect-based foods should be included in a vegan diet, as some say the net harm to animals is less with insects because of the way they are harvested vs. harvesting edible plants.
So Larry and I got together and discussed the challenges vegans like himself face when shopping for foods and selecting restaurants (especially since his wife and two sons are NOT vegans), as well as his views on the insect/vegan issue.
Then we taste-test an Exo protein bar made from cricket flour, as well as bacon- and cheese-flavored cricket snacks and cheddar cheese-flavored mealworm snacks. Even Larry's kids get in on the action.
The taste-tests begin around 10 minutes into the video, but the discussion on vegan lifestyles are worth watching, as well!
The Exo protein bar made with cricket flour -- 10 grams of protein!
The mealworms we tasted -- not bad at all!
The crickets had a mouth-feel like a cross between pork rinds and peanut skin 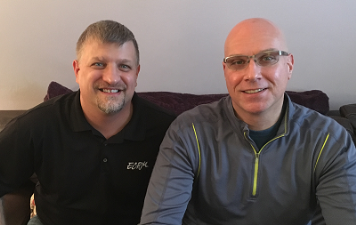 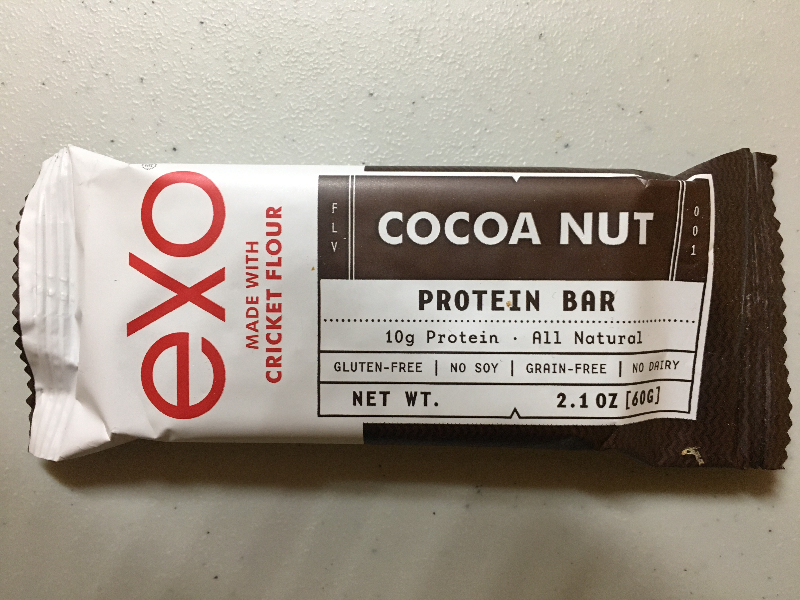 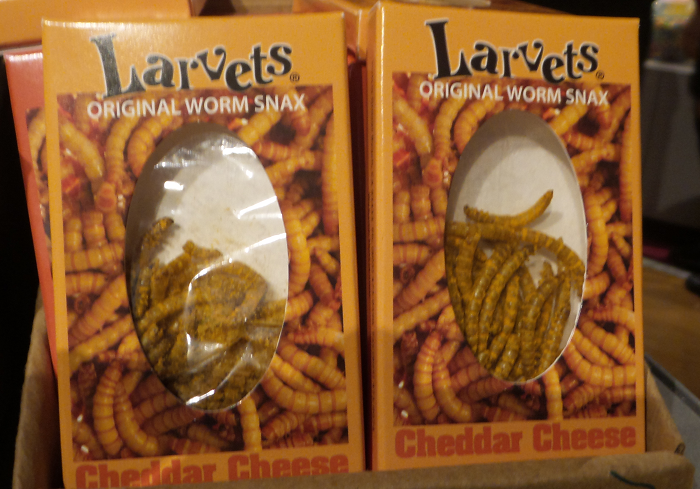 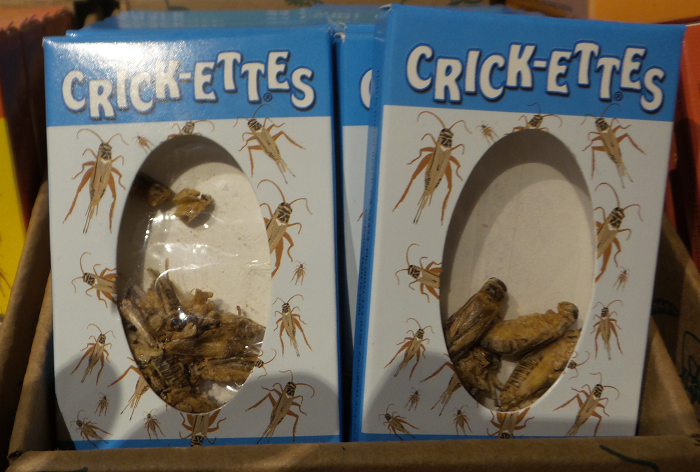