Confectionery Growth in European Countries in 2015
***See Figure C to review the countries with the most percent change in 2015 chocolate consumption.

Growth in Asia Pacific
While Western Europe remains the clear leader with $62.9B in sales, Asia Pacific passed North America for the first time in 2014 with $37.4B in sales (compared to North America’s $35.2B). *EuromonitorInternational

Market Share by Country and Manufacturer
***See Figure D to view the manufacturers that have the most marketshare by country.

Premium Products — Premium chocolate, with higher amounts of cocoa, has grown faster in recent times than other segments of the candy industry. Consumers view chocolate paired with exotic flavorings such as citrus or spice as a premium product and are more willing to purchase on impulse for personal consumption or for a gift. *Hoovers

Industry Challenges
Health and Wellness Trend – The overall trend of increasing obesity and diabetes will put pressure on sugar consumption. A survey of UK National Diet and Nutrition found that confectionery was the #2 source of sugar for children and teends (behind soft drinks). As a result, the European market is at risk to decline as regulators and consumers consider impact upon public health. There has even been a push to remove confectionery items from supermarket check-out lines. *Confectionerynews.com
Recently, the World Health Organization recommend that added sugars not exceed 10 percent of total energy. In order to assist with this goal, the FDA has proposed added sugars to be listed separately from total sugars on the Nutrition Facts Panel with a 10 percent Daily Value. *NCA 2016

Raw Material Costs - Prices of cocoa beans, dairy products, and sugar, can change without warning. Cocoa bean prices can be volatile due to civil unrest in the key producing region of West Africa. The key to mitigating this risk is buying raw materials at the most strategic time. The industry is also sensitive to energy price fluctuations aschocolate depends highly on energy to melt, conche, temper, mix, and cool the product. *Hoovers 2016

International Trade — Tariffs, embargoes, and other restrictions on international trade may create financial risks for candy manufacturers that import key ingredients such as sugar and cocoa beans. The US government imposes price controls and import caps on certain commodities entering the country, such as sugar from Mexico, to help domestic producers remain competitive. This can increase overhead costs for candy makers as ingredient prices rise, leading some companies to seek out suppliers in other countries that have fewer trade restrictions. *Hoovers 2016 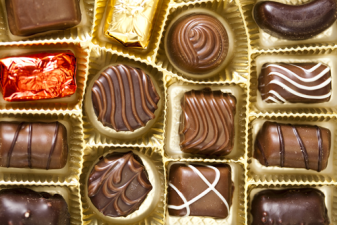 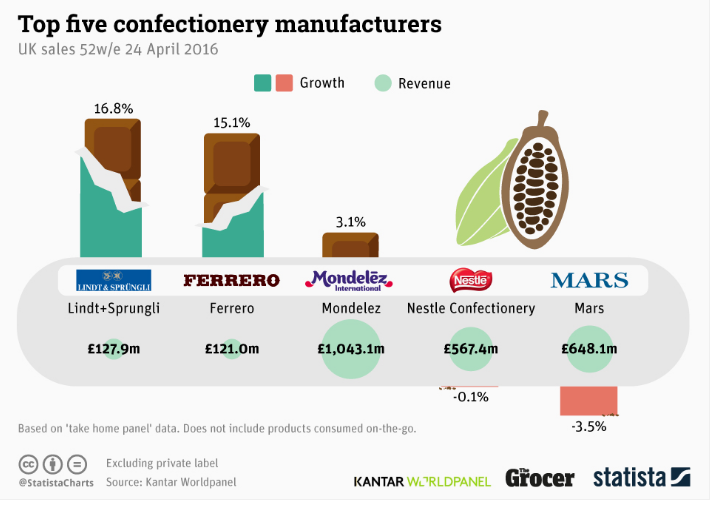 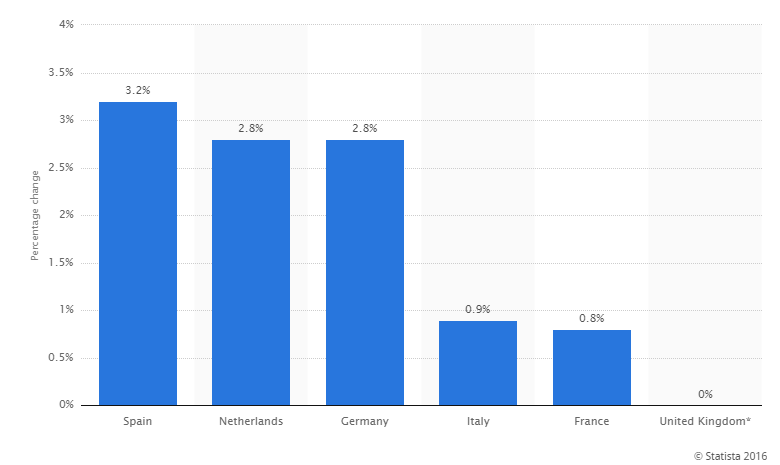 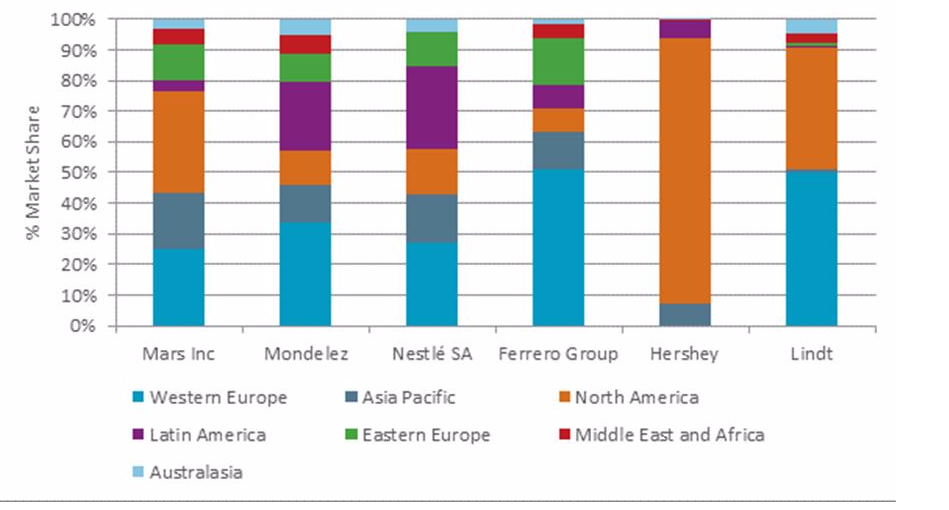