Trends and Opportunities
Growth of Cosmeceuticals — An aesthetic desire and the aging population are driving demand for cosmeceuticals (a combination of cosmetics and pharmaceuticals). Cosmeceuticals include skincare, haircare, and makeup products that beautify as they address health problems or concerns. As the senior population increases in size and spending power, focus on anti-aging products will increase. Although early cosmeceuticals were primarily topical skincare products, today they include skincare anti-aging and products for stress relief and sun protection.
Export Growth — Exports rose about 1% in 2015 and about 5% in 2014. The largest markets are Canada and the UK, which together account for about one-third of total US exports of personal care products.
New Target Markets — The men's, tweens (9- to 12-year-olds), and ethnic markets are growth opportunities for personal care product manufacturers. The primary focus for personal care products has traditionally been women. Men, tweens, and ethnic segments are relatively untapped for products designed to meet their needs.  See figure D (Hoovers 2016) 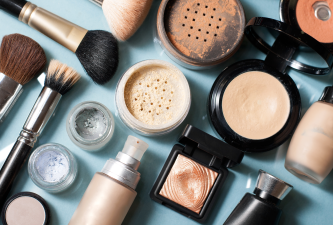 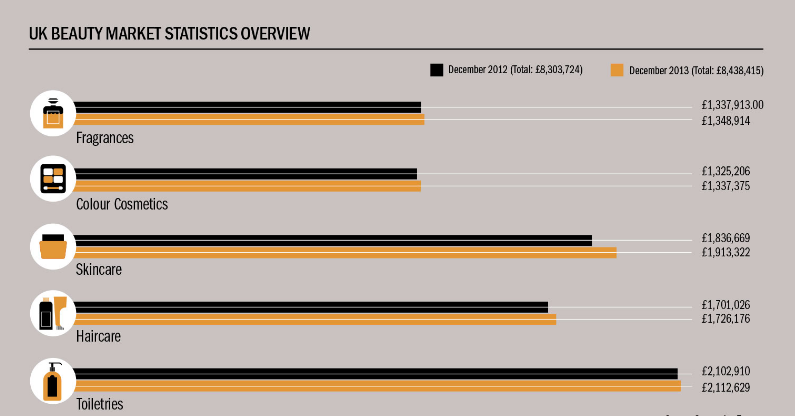 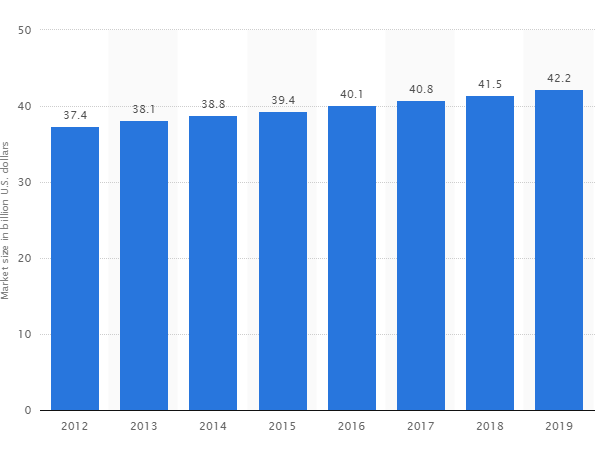 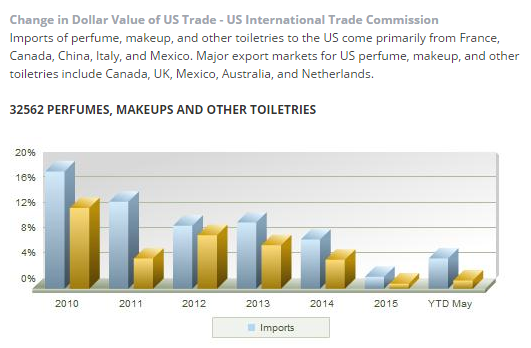 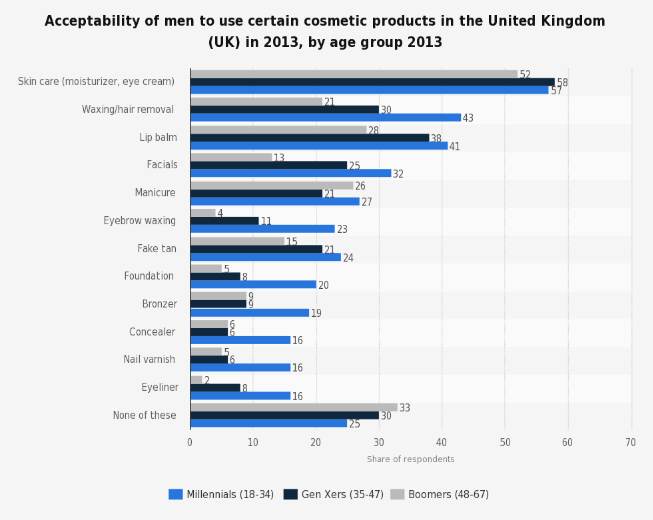