Flea and tick prevention and treatment is the mother lode of consumer spending in the pet medications market, according to findings by market research publisher Packaged Facts. According to its recent study, Pet Medications in the U.S., 4th Edition, nearly three-quarters (74 percent) of dog-owning or cat-owning households purchase any type of flea/tick medication or medicated products (such as flea/tick collars, shampoos, sprays, or dips).

Usage rates of flea/tick products have tended to be in the 72-74 percent range in the last four years, although 2014 spiked up somewhat to nearly 77 percent before falling back down to its current 74 percent, according to Packaged Facts. The overall number of dog-owning households that purchase flea and tick medications has increased during those four years, while the number of cat-owning purchasers have been decreasing somewhat.

Within the dog/cat owning population, among the most significant demographic indicators for flea/tick product purchasers are: living in the Southwest (29 percent higher than the typical household) or in the Southeast (12 percent higher) regions where the potential for flea infestation is greater and the climate allows dogs to spend more time outdoors. Dog/cat owning households with income between $100K-$149K+ are 22 percent more likely than the general population to buy flea/tick products, although curiously, mobile home residents also index highly.

From an availability standpoint, the market for flea and tick prevention is evolving and expanding as consumers have an increasing array of options to choose from, says Packaged Facts. Spot-on flea and tick treatments still generate much of the category revenue. However, with Frontline Plus going off-patent and a wave of knock-offs entering the fray, this dominance has lessened. At the same time, several oral treatments have come on the market, marking a shift in how the next generation of flea/tick medication is being administered. As of 2015, Merial is still the leading flea/tick marketer, followed by Bayer, Hartz, Perrigo, Elanco, Zoetis and Virbac.

Topical/oral Products
Among pet owners who have used flea/tick control products within the last 12 months, 60 percent of dog owners and 68 percent of cat owners use spot-on (topical) products, according to Packaged Facts survey data. Oral products are more heavily used among dog owners than among cat owners. Among dog owners whose have used flea/tick collars for their pets, 37 percent also use spot-on products and 18% also use oral products.

SIGN UP FOR THE ECRM/PACKAGED FACTS FREE WEBCAST ON PET MARKET TRENDS:
ECRM.MarketGate.com/Pet 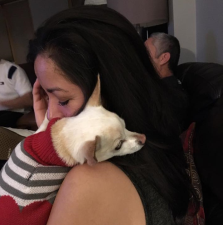