Fast Facts
The U.S. in-store bakery market is worth over $13 billion in 2013. *Thestreet.com
In-store bakeries have experienced sales increases every year since 2008. *Foodbusinessnew.net
40% of consumers now eat dessert twice a week or more often, up from just 36% of those polled in 2011. *Technomic

Industry Trends and Opportunities
Healthy Living
Busy consumers are increasingly more aware of their diet and health. But, this doesn’t necessarily mean that they want to give up on the goodies. Desserts will drive overall in-store bakery growth with a focus on smaller portions and on-the-go products. *Foodbusinessnews.net
Fresh & Specialty Items
In-store bakery can carry an image of freshness that carries over throughout the rest of the supermarket. Artisan baked goods, specialty breads, and different types of rolls like pretzel are another opportunity for growth. *PackagedFacts

Rising Wholesale Food Costs
Volatile commodity and energy costs can drive increases in wholesale food prices. US producer prices for food rose 9% between 2010 and 2011 and 4% from 2013 to 2014. Even in an extremely competitive environment, grocery stores have been forced to raise retail prices to partially cover rising costs. *Hoovers

Multiple Channel Shopping
On average, consumers shop at five different types of stores to fulfill their grocery needs. Examples of shopping channels include supermarkets (like Kroger and Safeway), supercenters (such as Wal-Mart), discount, convenience, club, and e-commerce stores. *Deloitte One way to stand out if offering in-store bakery products that can set a store apart from all of the other channels.
*Wall St. Journal

Gluten-Free Market Expands
Demand for gluten-free bakery products has grown beyond those consumers who are gluten-intolerant. The gluten-free market is estimated to be worth roughly $500 million and is expected to grow by nearly 40% from 2013 to 2018, according to Euromonitor International. Reducing gluten consumption is being promoted as a healthy lifestyle choice and a way to reduce weight. Other consumers may see gluten-free products as being higher in quality than traditional breads. It is now up to manufacturers to produce more gluten-free products in order to keep up with consumer demand.*Hoovers

Extending Product Shelf Life
Researchers are developing methods to extend the shelf life of bread and other baked goods in an effort to reduce food waste. Specialized enzyme mixtures can keep bread from getting stale or growing mold for up to two weeks longer than the average shelf life. Some companies are experimenting with sophisticated microwave devices that kill nascent mold spores in fresh baked goods, keeping items fresh for as long as 60 days without affecting the food’s taste or texture. *Hoovers

Artisan Breads Produce Higher Margins
Changing consumer tastes have given rise to "artisan" or gourmet breads which often produce higher margins. *Hoovers
2016 Upcoming ECRM EPPS Events that may Interest You:
For more information about this event, please contact Sarah Davidson at 440-542-3033 or SDavidson@ECRM.MarketGate.com.
Other Content Gateway Article that May Interest You: 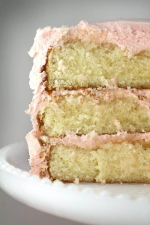