The specialty toy industry is booming.  With growth in online retail outlets along with other trends, the specialty toy category has shown significant growth over the last few years.  Take a look at the below article for an overview of the industry as it stands now and where it is headed in the future.

Going Green: Many consumers seek out eco-friendly toys. To attract environmentally-conscious buyers, manufacturers may choose to utilize organic materials for toys or biodegradable materials for packaging. The benefit of such efforts must be weighed against cost concerns, however, eco-friendly materials typically cost more than traditional inputs. (*Hoovers)

Nonviolent Toys: Parents' concern over increasing aggression and violence has created a market for nonviolent toys. Specialty Toy is well-positioned to address this consumer desire. Among traditional toys and games, construction was the fastest-growing category globally in 2014, followed by dressing up and role play. (*Euromonitor) According to 2014 point-of-sales data, the Building Sets and Arts & Crafts categories grew by 13% and 3%, respectively. (*NPD Group)

Childhood Obesity: The number of obese children in the US grew from 5% in 1980 to nearly 20% in 2012, according to the Centers for Disease Control and Prevention. Toys that promote physical activity can help address children's growing weight problems. (*Hoovers)

Targeting Grandparents: Grandparents account for as much as 25% of US toy spending. (*Toy Industry Association). With more disposable income than previous generations, grandparents are better able to indulge (AKA spoil!) their grandchildren. (*Hoovers)

Higher-Priced Toys: The growing affluence of the upper-middle class offers opportunity for high-ticket items in key toy segments. Dual income households and older parents with more disposable income can be less price-sensitive and more indulgent which makes them an ideal audience for the specialty toy world. (*Hoovers)


Industry Challenges
Internet Retailers: Independent stores have a competitive advantage against big box retailers because they can carry a deep selection of specialty toys. This same advantage doesn’t exist when competing with online retailers. Online retailers are often able to offer a significant discount while also not requiring any sales tax. (*ilsr.org).
Smart Phones: Shoppers are regularly using their smart-phones to compare prices while they are at the brick-and-mortar stores. Many online retailers even offer apps to scan barcodes to quickly determine availability and price.


At a Glance: The Broader Toy Industry
NPD Group’s Retail Tracking Service estimates domestic toy sales for 2014 to be in the $22 billion range. Year-to-date sales data for January 2015 - October 2015 shows a 7% increase in domestic toy sales from the same period in 2014.  See Chart A below.
ECRM Specialty Toy EPPS:
Join us for the 2016 Specialty Toy event taking place April 18-20 at the Westin Westminster in Westminster, Colorado. During this event specialty toy suppliers will present and review new products and programs, marketing initiatives, and promotional opportunities to specialty retailers, catalogs and wholesalers.
Chart A (*toyassociation.org) 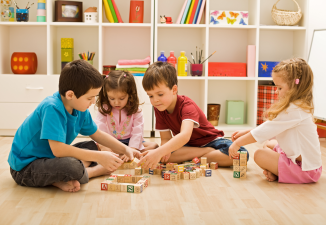 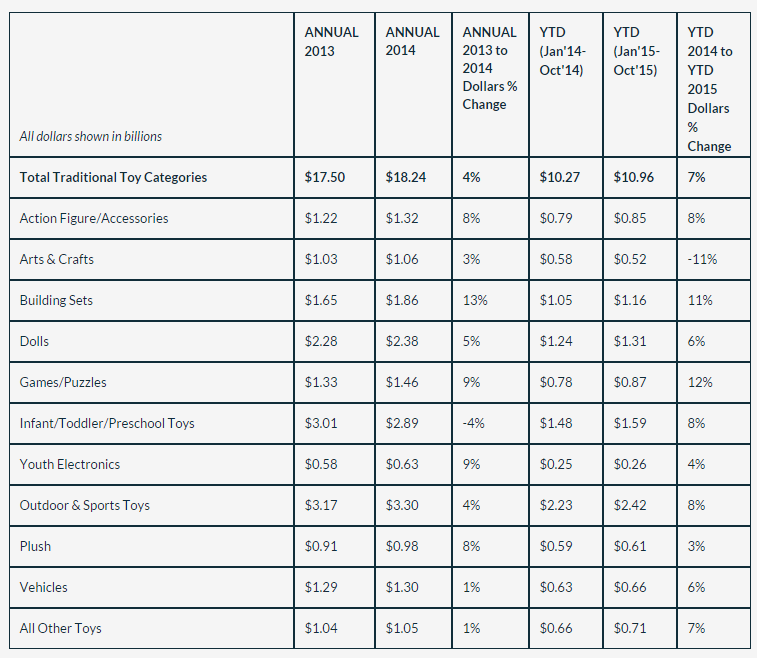