So, why consider doing business in a country with a population about the size of California, spread across a land mass slightly larger than the US?

There are a lot of great reasons to do business with Canada, but it can be more complex than one would think. Despite Canada's close proximity, there are a lot of unique cultural, regulatory, and distribution-related issues that must be addressed. Over the next four columns, I'll be discussing these issues and will provide some recommendations for U.S.-based suppliers looking to sell products up north.
But first, let’s start with the basics…

The population of Canada is just over 35 million – about 10% of the size of the US population. It's the second largest country in the world, with 10 provinces and three territories that divide the country geographically, culturally and economically.

Starting in the West, British Columbia is Canada’s third largest generator of hydro-electricity and second-largest natural gas producer. Larger than France or Germany, it has over 1,000 provincial parks and protected areas, attracting about 20 million visits every year. Vancouver, the largest metropolitan area, boasts a per capita income well above the national average. Twenty percent of population of 4.6 million are Asian, with Chinese being the 2nd most spoken language of the province.

Manitoba and Saskatchewan - The Prairies - have a population of 2.2 million and the primary industries are agriculture, cattle and sheep ranching.

Alberta, also considered part of The Prairies, is no longer dependent on agriculture because of the oil boom which began in 2000. Alberta is the only debt free province, with a population of 3.8 million.

Roughly 30% of the population is located in Ontario, along with 50% of the head offices. About 40% of the population of Ontario was born outside of Canada – making Toronto, the capitol, a city with one of the highest percentages of immigrants in a single city in the world.

Because of its deep French roots, the largest province, Quebec, has a distinct culture from the rest of Canada. The official language is French and for 75% of the population of 8 million, French is their first language. It has one of the largest reserves of fresh water in the world, produces more than a third of Canada’s pulp and paper products, is home to one of the world’s largest hydroelectric plants and has the largest dairy industry in Canada.

Atlantic Canada is comprised of New Brunswick, Nova Scotia, PEI, Newfoundland and Labrador– about 7% of the economy. It is home to the world’s largest fruit farm and famous for its wild blueberries. Atlantic Canada is also known for their aquaculture industries - harvested, farmed and processed seafood.

The three territories - Northwest Territories, Nunavut and Yukon – represent about 40% of the land mass and are inhabited by only 5% of the total population.

So why consider doing business in Canada?

Here’s a few reasons:
Coming Soon: Part 2 - Navigating Negotiations with Canadian Retailers
Do you have a great story about working in Canada – we’d love to hear it!
(This column was written with additional input from Andre Gelinas, CEO of RSVP Solutions Group)
Other columns by Andrea Leiser:
Questions for Success: A Supplier Checklist
ECRM's 'Extended Family'
Suppliers: Get Out from Behind Your Desks!
How NOT to Do an EPPS Meeting 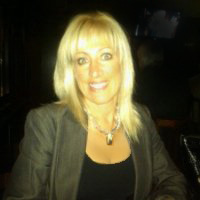 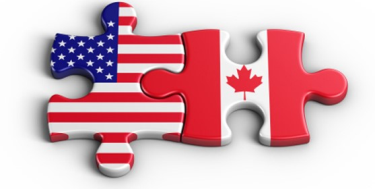