According to research from Pfizer and The National Community Pharmacy Association, in the year 2010 there were just over 23,000 independent pharmacies in the US. This is down dramatically from the 100,000 in 1980, and the 40,000 in 1995, but down only a slight bit from about 25,000 in the year 2000. So the decline of the local, independent pharmacy seems to be slowing. But the question is why?

In the ‘90’s it seemed “clear” that mom and pop pharmacies were an endangered species, going out of business as their proprietors retired, and being replaced by the ever-growing ranks of CVS, Walgreens and Rite Aid stores, not to mention pharmacies inside large food and mass stores like Kroger and Target, and the incipient threat of mail order and internet delivery, led by Express Scripts and others. No matter what independent pharmacies seemed to add – more hours, more products and services, better prices – the big guys could not only match, but exceed.

But then something magical happened. Independent pharmacists realized that their strength was in being exactly who they were, not trying to be somebody else. Smart independent pharmacists realized that the point of differentiation they had that could not be duplicated by the big guys was personal, helpful service and expertise. When you go it to see your independent pharmacist, that is exactly who you see, a trained professional who knows his or her business and, more importantly, knows you. This is a huge difference from going into a large store and, generally, encountering a pharmacy technician whom you have never seen before. The difference is expertise and customer service, and the independent pharmacies that are surviving and winning are those who have not added more product lines, more space and more hours, but those who have doubled-down on being trusted healthcare professionals – the next best thing to having a doctor next door.

An Example
Let me use my little town in upstate New York as a case in point. When I arrived here, you could get your prescriptions at one of two independent pharmacies in our downtown area, or go out to the highway and get your prescription filled at the Grand Union supermarket. Twenty-five years later, we still have three options, but they are very different. The Grand Union is now a Hannaford, but the situation there is basically the same as it was in the past. The larger independent is now a CVS, so the personal touch is long gone. But most interestingly, the second independent closed, and the physical space is now a very nice bar (medication of another sort), but it has been replaced elsewhere in town by a new independent pharmacy – one which only sells health-related products (as opposed to the wider assortments carried by the earlier Independents), as well as a wide variety of products related to alternative medicine and holistic healing – approaches the older independents never considered.

While the new Independent is actually in a space the same size as the smaller of the two earlier independents, it is a totally different kind of experience. And it illustrates the power of competing by focusing on your unique capabilities, rather than by trying to be like your competitors. Sometimes the way to win what seems to be a losing fight is not to copy what the other guys are doing, but to refocus on your own core competencies, and make sure that you do those better than anyone else in town. Indeed, nowadays the chain pharmacies are trying to act more like these independents, focusing on freeing up the pharmacist to play a more consultative role and to “get out to the other side of the counter,” so to speak. Not an easy thing to do, considering the volumes they have to handle.

But in today’s world where the pharmacist is playing an increasingly important role in primary care, those deep, long-term relationships that the community pharmacy has with its patients are more important than ever, and those community pharmacies that have stuck to their guns and focused on their point of differentiation – service – rather than aping the competition, are seeing the benefits.

ECRM has several events for both chain and community pharmacies, Click the links below for more information and to register! 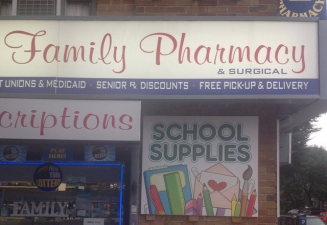