Sarah Sweitzer, ECRM’s SVP of Grocery, has been chosen selected as one of Progressive Grocer’s 2015 Top Women in Grocery in the Senior-level winners’ category for her industry achievements during the 12 months leading up to March 2015.

Sarah, or “Swiz,” as she is affectionately known by the ECRM staff, is a 10-year veteran of ECRM who has worked through many divisions of the company with increasing levels of responsibility, including Intern, Account Manager, Senior Account Manager, MarketGate Sales Manager, Vice President of Software Sales & Integration, and Vice President of Grocery, through her current role, to which she was promoted late 2014.

As SVP of Grocery, Sarah is responsible for the development, leadership and growth of ECRM’s Food and Beverage businesses covering all retail and foodservice channels across the United States and Canada. This includes the development of sales, marketing, and implementation of 15 business planning events covering multiple categories engaging food and beverage buyers and suppliers.

Sarah works with several charities, including the Boys and Girls Clubs of America, operation Shoebox, Operation Interdependence, the American Association of Suicide Prevention, and is a member of the Make a Wish Foundation Annual Walk Committee, and a past Make a Wish Volunteer of the Year for her fundraising efforts.

Congratulations, Sarah!
The full story is in the June 2015 issue of Progressive Grocer 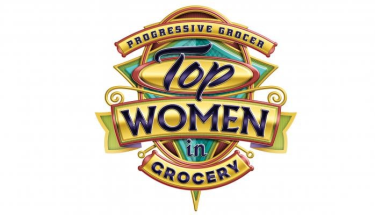