Family owned Chocolate manufacturing Group CÉMOI (www.cemoi.fr/en), founded in 1962, is heir to a 200 year tradition of French Chocolate, which began in 1814 with the creation of the 1st chocolate plant in the Pyrenees. Today the Group is spreading this chocolate tradition throughout the world. In 2014, CÉMOI has produced 260.000 tons of chocolate and generated € 360M turnover through its international activity, totalling € 800M for the Group, which employs 3 200 employees in its 22 world wide sites.

CÉMOI distinguishes itself by mastering its raw materials supply, acquired mostly via partner cooperatives that benefit also from support in sustainability. The success of CÉMOI is also based on its vertical integration strategy, as the Group creates chocolates for all markets.

In order to consolidate its position as a European leader and to continue its international development, the independent family owned Group (3rd generation) based in Perpignan, inaugurated in late 2013 a new laboratory dedicated to cocoa, which allows it to innovate for its various clients. 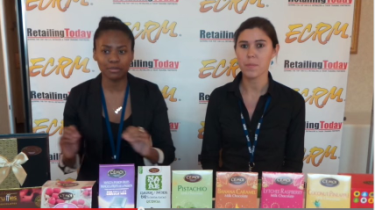